While I know this is almost a month late. In January it was announced that MLB was changing all bullpen phones to cellular. The change comes due to an agreement that named T-Mobile as the official phone carrier of the MLB. In the past the usual sight that could be seen would be. 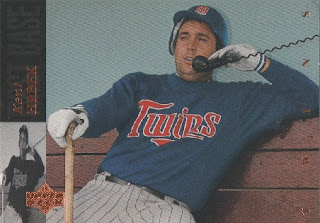 Now instead of the old fashioned phone with the cord as seen above. Word is there will be a base to hold the phone while not in use. I guess it's good to see that baseball is starting to catch up with the time in the phone area now. Imagine the joy the first time we see this sight of a player or manager with cellphone in hand. 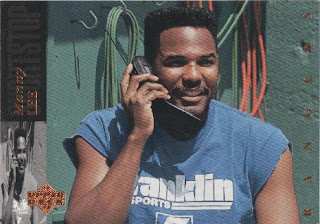 The wild part is with all the pranksters that play baseball. How long do you think it will take for some of these guys to be doing crazy stuff with those phones? It wouldn't surprise me to find out that right now there is a bullpen pitcher sitting in his house with ideas flowing. I can see it right now. He's there writing down idea after idea on what he can do to this phone, and not get in to much trouble with the manager.

Odds are the cord slowed these pranksters down. Minus the cord there is no telling what chaos will ensue now. I for one would love to be around when they start deciding to let the fun begin.

This leaves me with another question to ponder. Now that we've gotten cellphones what will be the next part of baseball to catch up with the times?