While listening to the radio which I have on sports talk most the time with some top 25 music the rest. At noon the local station has a show called 'The Joe Beaver Show'. The show is mostly talk about the going-ons with the local college team the Oregon State Beavers. The station uses the JOE radio as their call sign, thus the reason for the show's name.

It all started as they talked about how many triple-doubles have been accomplished in the basketball teams history. One of the two talked about how stats weren't kept very well for assists early on, and this makes it hard for players from early years to accomplish the triple-double. This is where the conversation moved over to baseball.

They started talking about how well baseball stats have been kept over the years. While discussing baseball it moved to a conversation one man had with a baseball fan who followed stats closely. The fan pointed out that he was totally against the error stat. His reasoning was it is a totally biased stat based on a persons opinion. He claims it is the only stat in all of sports based on a projected result instead of a fact. 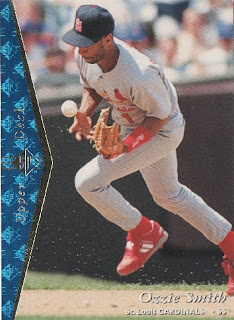 It got me thinking he is right, and yet wrong at the same time. While he is right that the stat is biased. There are times when an errant throw makes it easy to recognize an error. Sometimes errors are given out that might not be deserved. Say the shortstop moves over behind second per a scouting report, and makes a great diving play on a ball and throws pulls the first baseman off the bag on a close play. Some guys might give him an error for the throw that was just offline. This is in a way unfair as if not for the scouting report it's a ball that goes easily into the outfield. Throw in that one scorekeeper might say it was an error, and another calls it a hit.

I believe he is wrong though as it is in a way a needed stat. Without the stat how do we keep track of how the hitter ended up on first? There are times we can't give him a hit as he didn't deserve a hit due to a mistake. It's a tricky line on how we keep track of this.

I will say it was an interesting talk that got me to thinking.
Posted by The Prowling Cat at 2:30 PM