Sad State Of The Marlins 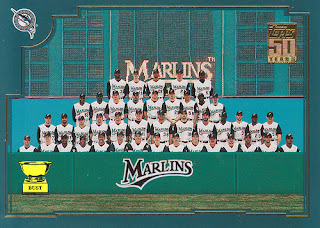 Just got done reading an article about how bad of shape the Miami Marlins are in. Seeing the pictures from the article brings to mind the phrase I've heard a few times throughout my life. What happens when you throw a party and no one shows up? I guess the Marlins can answer that question for us now. The main picture of the article is a line of four people waiting a half hour before single game tickets go on sale. Looking at the picture I think one of the four is an employee for crowd control. Gotta keep those rowdy Marlins fans in check you know. If I am right it makes the situation even worse. It would show how clueless the owner is of the damage done with the Blue Jays trade.

After gutting the team I don't know what ownership expected. Maybe they were hoping that the beautiful stadium would still get people to show up. While it might help a little it's not going to solve the bad feelings ownership has now created.

As a fan of both the Mariners, and Rockies I know a little about bad teams so I can feel for the Marlins a little. Both the Mariners, and Rockies have tried to win atleast so it is different. The interesting thing is will the Marlins suffer from some of the same attendance issues the Mariners suffered from last season or will it be worse? Watching one of the few Mariners games I did at home last year. There was one game that the attendance was below 20,000. While this might not be alarming to most, the game was an Ichiro bobble-head giveaway. If there is anything Northwest people love it is an Ichiro bobble-head. So to still have bobble-heads left it was quite the stunner.

Personally we have to drive over four hours to Seattle for a game, and the team was so sad we decided it wasn't worth the cost. While they are trying to improve I don't know if we will make a trip this season either. Imagine how it would be for the Marlins this season. You'll have fans that won't drive across town as the cost will be to much.

In closing I read a few of the comments from the article, and these were the best.

the best part about being a Marlins fan is that you know every other single Marlins fan.

I called the stadium and asked what time the game starts, and they said what time can you get here 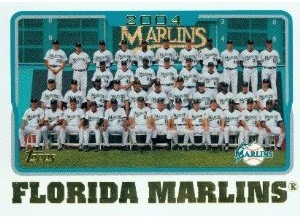 Posted by The Prowling Cat at 9:02 AM