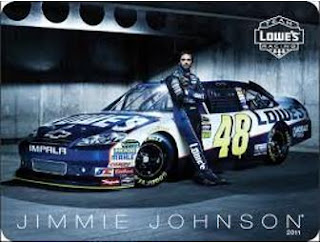 Kevin Harvick-- Harvick was caught up in a wreck on lap 33 that damaged his car beyond repair. The wreck started when Kyle Busch, and Kasey Kahne bumped on a restart. The main cause being the front three cars in line slowing up, and causing the entire line to make the same maneuver. The bump from behind pushed Kahne into the lower line, and took out a few cars including what most considered the race favorite in Tony Stewart. Due to the crash Harvick finished the race in 42nd place.

Kyle Busch-- Kyle, and teammate Matt Kenseth both suffered engine failures late in the race. The failure brings back memories of the 2012 season where Kyle suffered from engine problems in multiple races. The season ended with Kyle looking like the problems were behind him until they struck again today. The end result was a 34th place finish.

Michael Waltrip-- The driver who finished best of all my picks. It was obvious early in the race that Michael didn't have a winning car. Michael was able to lead the race for a few laps before falling back into place. Finishing an impressive 22nd place for the race. It's going to be awhile before we see Michael again as if he is doing the same schedule he's done for the past few years. He won't be in a car until Talladega at the earliest. I do look forward to seeing Michael doing some commentary work though as I enjoy seeing him in the booth when he does that work.
Posted by The Prowling Cat at 5:18 PM