Busy weekend here at the cat house. Have to go get new glasses ordered, and new shoes for the daughter. Throw in that tonight the NASCAR season has it's form of spring training in the form of the Sprint Unlimited. The sad part is that some drivers won't be in the race, but hey racing is right around the corner. As a race fan on the Monday after Daytona I will do some sort of recap on the race. I might even turn next weekend into Daytona posts galore. As for this weekend I'm going to kind of keep it simple.

During my schedule collecting I was sent a couple years ago schedules for spring training. While each team has one for themselves, these aren't those. These are the generalized ones for the entire league. Today I am going to show off the two Cactus League schedules, and tomorrow I will share the Grapefruit League schedules in the collection. 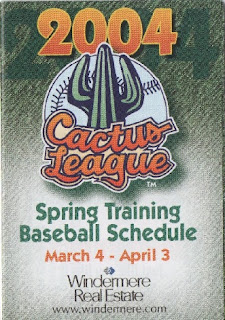 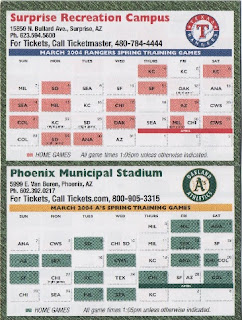 My next schedule is the 2012 version. Quite a big gap on the years I have for these two schedules. The 2012 as with like most everything else in the world the front has a modern look to it. 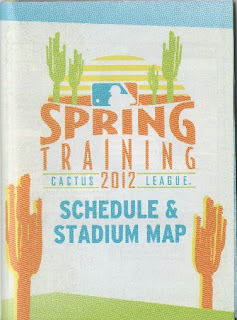 The 2012 version also contains the schedules for all teams as it should. 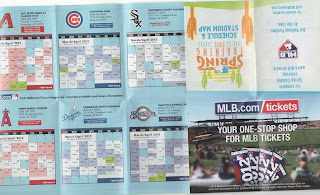 An added treat which comes in very useful I believe is the map for where to find each park, and the teams that use that particular park. 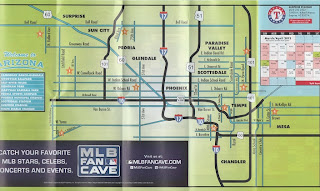 Sorry about the last two scans, but when folded out the schedule is to big for my scanner. Hopefully you enjoyed the view even with the missing section.

Posted by The Prowling Cat at 9:52 AM