If you read the Saturday post you know why I am doing this as two parts. If you didn't you should scroll down, and catch up. It's an interesting story on baseball in Tucson the last just under twenty years. Today it finishes up, and moves onto how all this effected baseball in Fresno. 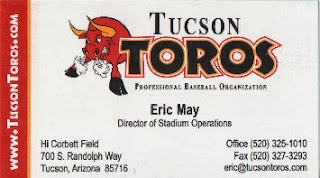 With the Sidewinders making the move from Tucson to Reno. The Golden Baseball League an independent league was forced to leave Reno. Much like the earlier move when the team from Phoenix relocated to Tucson. The Reno Silver Sox traded places with the Sidewinders, and relocated to Tucson. The move for the GBL to Tucson was short-lived as the team would be once again forced out of its home stadium as another team came calling. In late 2010 the team announced they would be taking the 2011 season off to allow another team to move into town for the one season. Once again things got weird as in July the team announced they would be playing one last game as the city had given the team an eviction notice. Their lease was terminated to allow the new team to make Tucson their permanent home. In November the Toros, and Tucson agreed to a settlement with the Toros getting $300,000. Soon afterwards the Toros announced they were folding as a franchise. 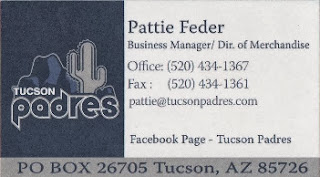 Being forced out of Portland, Oregon. The Padres had an agreement for a new stadium closer to their MLB affiliate in Escondido, California. While waiting for the stadium the team made another agreement to play the 2011 season in Tucson before making the move to Escondido.Things in Escondido fell through as the city, and state battled over revenue for the stadium. With the deal gone, and an owner no longer wanting the team. The team stayed in Tucson while new ownership could be found. Hoping to find a Tucson buyer, and keep the team in Arizona, no one stepped up. Three other buyers came forward, but all wanting to once again relocate the franchise to another state. Finally in July of 2012 the team was sold to a group from El Paso, Texas. With plans to move the team to El Paso, but no stadium. The Padres once again remained in Tucson for the 2013 season. With the El Paso stadium almost completed, and set to open in 2014. The Padres have moved once again leaving Tucson without baseball.

Forced out of Tucson by the Phoenix Firebirds move in 1997. The Toros headed west to the city of Fresno, and became the Grizzlies. This brought baseball back to the city for the first time in ten years, and first time in the PCL since 1906. Going through many different owners initially the latest, and current came in 2005. 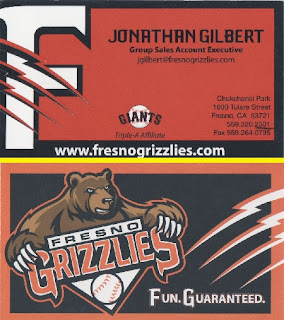 Since taking over the team things have been going strong for the Grizzlies. Logo changes, many great promotions,and a new mascot have led to the team getting tons of recognition in the minor league ranks. Adding to the mix is the team remains affiliated with the San Fransisco Giants. Playing in a great looking stadium as well should help keep the team going strong for years.
Posted by The Prowling Cat at 6:00 AM