Before doing the weekly Saturday batch of baseball related business cards. I'd like to start by saying that the Nachos Grande Blogger Bracket Challenge round 0 has closed. According to the Nacho voting should be opening up at some point today. Once you finish reading here go check it out, and vote for your favorite posts. There's some great stuff that was written about the card we were given. Now how about we check out some business cards. 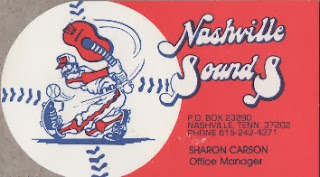 Created in 1978 as a Double-A team in the Southern League. The Sounds started as an affiliate of the Cincinnati Reds a relationship that lasted for only two seasons. The change moved the team over to the Yankees for the 1980 season. The team from that initial season is rated as the 69th greatest minor league team, but failed to win the league Championship. Losing in the West Division Championship series to Memphis. After three more seasons the relationship ended as ticket sales declined. Another change was the team joined the Triple A American Association, and signed as a Detroit Tiger affiliate. This relationship was short-lived as well. Moving back to the Reds then later the White Sox. 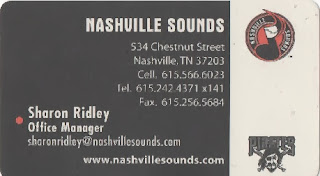 By 1998 more changes were coming. The American Association was no more so the Sounds joined the PCL. Going into the new league was a new affiliate in the Pittsburgh Pirates. Lots of other changes were made with a new logo, color scheme, and uniforms. This time frame for the franchise was a rollercoaster with good seasons followed by bad. One of the highlights of this era was in 2003 Nashville pitcher John Wasdin pitched the second perfect game in PCL history. 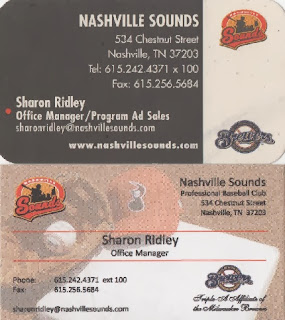 At the end of 2004 the Sounds once again moved onto another affiliation. This new relationship which continues to this very day is with the Milwaukee Brewers. Starting in 2005 the team went big by winning the league title. 2006, and 2007 the team remained successful by winning their division title. 2008 wasn't as kind with the team finishing  with its second worst record in team history. More up, and down seasons have followed including 2013 in which the team had its worst season ever finishing with a 57-87 record. 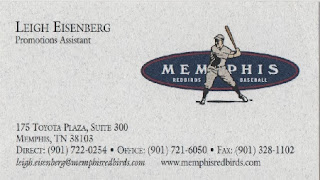 Created as an expansion team in 1998 for the St. Louis Cardinals. Since day one the team has stayed with that affiliation, and will for atleast a few more seasons due to their current contract. The Redbirds have won three conference titles with two of those resulting in them becoming league champions. The 2013 season ended with a disappointing 69-75 record, but second place in the PCL Northern Division.