Normally I don't do two posts in one day, but after watching the truck race tonight in Eldora how can I not. If you didn't watch what you missed was possibly the best NASCAR will offer all season long.

After doing this race last season, and getting a full on this needs to happen every year. NASCAR brought the trucks to Eldora again this season. In what is more like a local track race ran by NASCAR truck stars. This race's legend just grew to historic proportions with the way things ended.

With Darrell Wallace Jr. leading young gun Kyle Larson took his truck all the way to the limit trying to win this race. Then with just a couple laps left his truck went past its limits, and was left as nothing more than a pile of scrap metal. This was just simply put incredible racing that makes you realize that trucks on dirt = awesome. 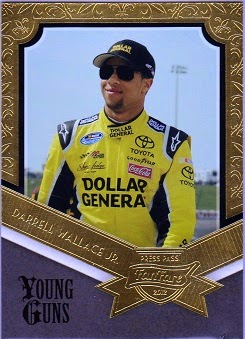 Despite being your winner to this race, and running away with it. Kyle Larson was all the rage with how far he was willing to go in hopes of taking this victory home. More than anything I think the kid picked up tons of fans with his driving. We already count ourselves as fans of the kid, and were sad to see him end up finishing in the back after giving everything he did.
Posted by The Prowling Cat at 8:06 PM