The Police Stop Me

After doing the breakfast thing on Saturday I had some plans for the remainder of the day running through the mind. These plans included the usual stop at the antique store just a few blocks from the beach house. From there I wanted to try something new, and hit some antique stores I've never been to in another town.

As we arrived back at the house those plans changed in a hurry. The wife picked up a coast events paper while at breakfast. Reading through the paper she noticed Waldport was having their town wide garage sale that same day. Not one to turn down a chance to hit garage sales, especially ones that only happen once a year. I was hooked, and making my way southbound.

Rather than waste a bunch of time I will sum the whole thing up by saying I didn't buy one single item. Honestly I didn't see anyone buy anything at any of the sales. I summed things up with the wife when I told her "It was nothing, but overpriced junk". Not willing to give up I headed straight for the antique mall.

Starting my search things didn't look good until I hit the lower level. That is when I found two items that will appear in other blogs when I get off my butt, and mail them out. Excited from the find I started searching harder than before. The new found excitement hit an even higher level as I spotted this tucked in a corner. 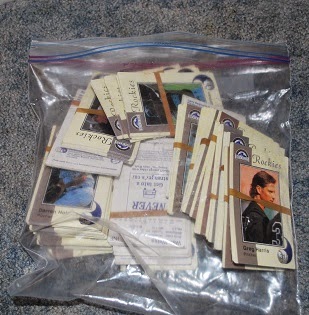 I had almost missed it as the thing blended in with all the other uninteresting stuff. My thrill level went through the roof as the sticker had $4.00 written on it, SOLD!! There are 26 different cards each rubber-banded by individual cards. Here is my take from the booty. 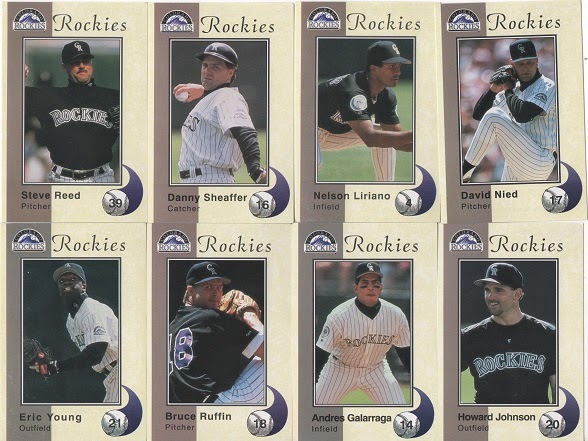 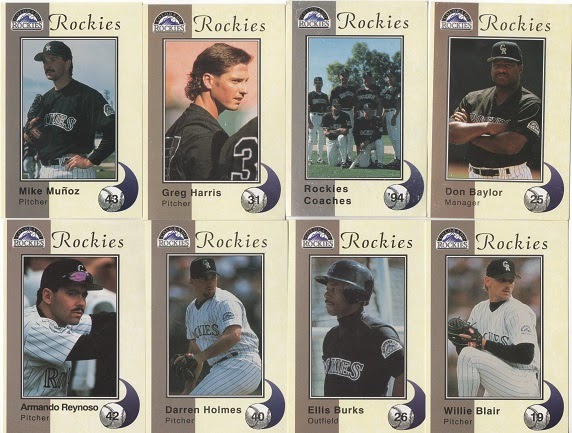 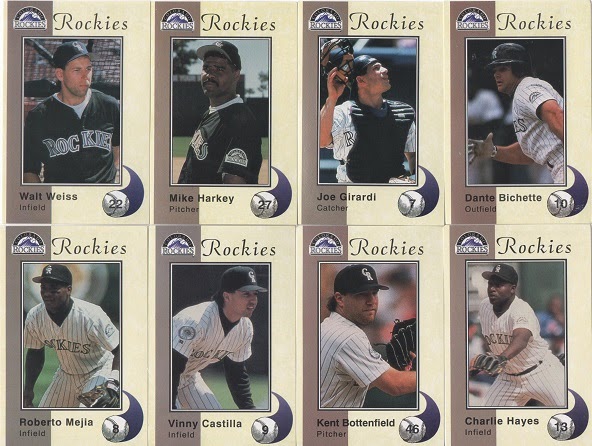 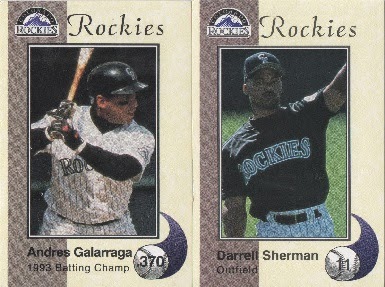 After doing an ebay search I learned the cards are from the 1994 police set. Taking out a set for myself I have one more complete set if anyone would like it. Not all the cards are in perfect condition though so keep that in mind.

I have quite a few of all the other cards so if there is a player you want, or would like a partial set let me know.
Posted by The Prowling Cat at 6:54 PM