After thinking I had beaten the cold that kicked my butt for the last part of last week. I woke up on Tuesday feeling even more crappy than I had during the weekend. This new version has been even more brutal as this set came with a sore throat attached. Even more brutal was the way it made me feel physically.

I came home two days, and did nothing. No reading blogs, no writing, not even spending the time to catch up with e-mails.

All this came to a head today when I got the chance to leave work early, and took it. First thing on the agenda was to take a nap on the couch. From there it was off to get the two boxes of flooring to complete the daughter's bedroom. Still not completed, but atleast I have what I need the flooring. Starting to feel pretty good I was brought back to reality when we stopped for lunch. While eating it hit me that I needed to get back home, and take another nap.

Arriving at home I began my fall into Neverland. As I was near full sleep I could hear the mailman drive past. Eventually waking up I rushed to the mailbox as the wife has been waiting for some important mail, and I've been waiting for these. 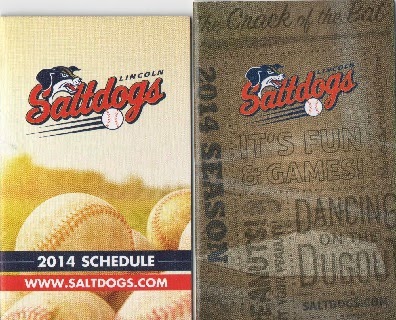 Coming in a trade from fellow schedule collector Kevin that was made during my one day of being cold free. The Saltdogs usually only put out one known cover per season. Having two, and being able to knock them both off at once was a great deal. 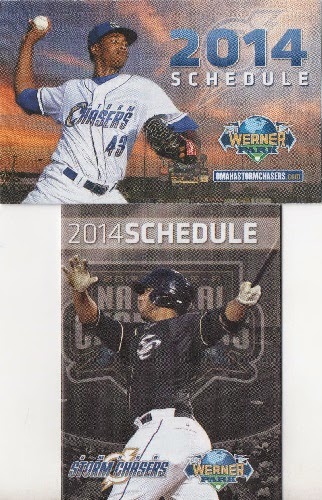 Included in the deal were these two Omaha StormChasers schedules. The pitcher cover was the first cover for this season. The hitter version is the third cover for this year. Much like with the Saltdogs schedules, Omaha usually puts out less covers than have already been released. The StormChasers are one of my favorite teams I collect schedules from so getting these was the biggest part of the trade. Luckily Kevin lives in Omaha so if the team releases more covers everyone will know.

Now if I can just beat this cold, and get back to some normality.
Posted by The Prowling Cat at 9:29 PM