With today being Mother's Day I am breaking out a post that I've had in the thought pool for awhile.

Being called The Prowling Cat, I started a series in the past of ball players with cat nicknames. The first three have all been baseball players, and were fun to learn about. Those three have nothing on today's addition into the club. 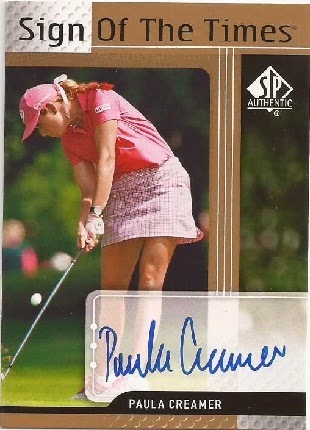 Not only beautiful, but deadly when it comes to her golf game she is always a force to be reckoned with. As an amateur Paula started strong by winning numerous junior titles. Those included 11 American Junior Golf Association tournaments.
Moving into the LPGA in 2005 she won the Sybase Classic to become the second youngest LPGA winner ever. The year continued to get better still as Paula was named LPGA Rookie of the Year.

Showing 2005 wasn't a fluke Paula has continued to win 12 more events. The win count includes two wins in the Japan tour, and 10 addition wins in LPGA events. One of those wins came just this year as Paula won the HSBC Women's Champions Tournament in Singapore.
Given her nickname by Casey Wittenberg due to her fondness for wearing the color pink. Paula has embraced the name, and has numerous golf accessories all colored pink. During the years of 2006 through 2009 she would even use a pink golf ball in the final round of tournaments. 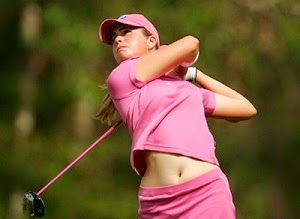