One week ago to this very day. I did a first post for a jumbo sized box of cards sent my direction by the great John, and his spot from Johnny's Trading Spot. Contained within were five of the seven missing cards from the 1993 Milk Bone set. Closing out said post I promised to do a second post for the box, and more of the treasures within. Sadly it dropped to the wayside as I just didn't have it in me to write the planned post on Monday morning. It might have been the errands we ran that day, or the fact that Christmas was close. A day that honestly we were still preparing for the night before.

Yes, I got the Christmas lights up the weekend after Thanksgiving. No, the presents didn't get wrapped until Christmas Eve. I won't get too much into why, but one reason is inside of the house wasn't decorated like usual. We took the shelves out of the living room when I was doing the since put on hold painting project. Hopefully everything will fall in place in 2015, and I can wrap the entire project up.

Enough excuses, lets get back to the real reason for this post. Thanking John for the big box of cards he sent my direction.

As you already know not just by my early ramblings, but if you saw the first post. John couldn't just stop with the five cards he mentioned sending here. John showed that he has been coming around here, and often. Inside were not only NASCAR cards, but cards of my second favorite NASCAR driver/owner. 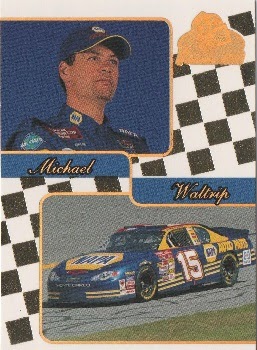 He might not be one of the best drivers in the sport all time. What he does have is a passion that shines through, and he makes me laugh at some of the things he says. If there is anyone in the sport that pushes his sponsors more than Waltrip I'd  dare you to find them. 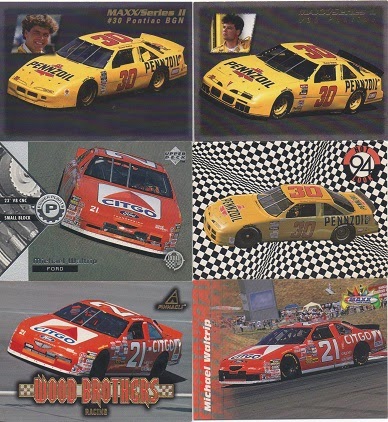 Any time you find one of the cars from his team in victory lane you know tons of thank you's are coming. It doesn't even matter if said sponsor is on the winning car they will get a mention. 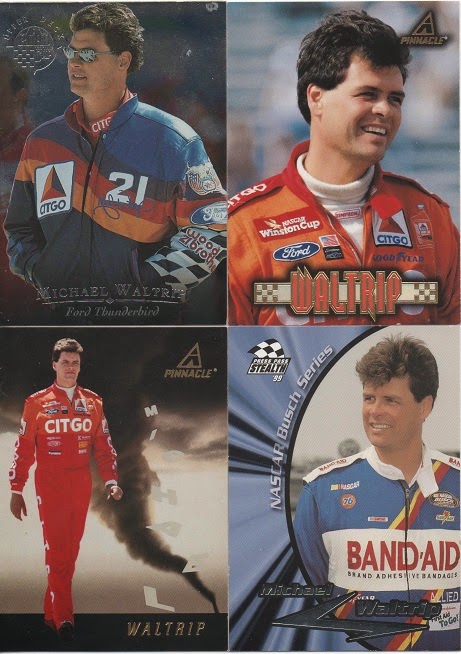 More than anything I enjoy the work he does calling races. Most of his work comes in the truck series where he does a fantastic job. I'd love to see him do Sprint Cup, but that would probably mean his race team is gone. So, hopefully truck races is all he will ever be doing. Losing such a passionate owner would be a huge loss to NASCAR.

While it has been great writing about Waltrip. More than anything I want to thank John for these awesome cards, and the ones I didn't show. Not only did John send  the eleven cards shown in this post. He sent a decent amount that aren't getting the picture time that these did. When all is said, and done I now have a pretty good sized Michael Waltrip collection thanks to this haul.

I need to say thank you for all the other NASCAR cards that are only getting their mention right now. All the baseball cards that were thrown in as filler as well. I'm honored that you thought of me when you sent out the series of Christmas packages that you sent out.
Posted by The Prowling Cat at 11:32 AM