The Spot Goes To The Dogs

Recently I did three posts with the idea of completing a set or two. In the end no sets were completed, but thanks to John from Johnny's Trading Spot I'm close to crossing one off the list. 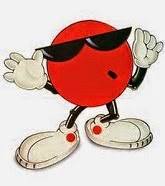 Not just any set, but to me it is THE set. Out of all the sets I'm building this might possibly be the one set I'd like to complete the most. 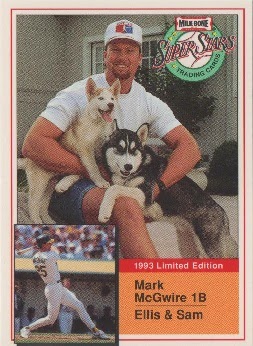 If there was one set off the list that I'd appreciate getting cards from the most it would have been this set. Not only that, but getting one card would have made my day. John went further though, and dropped five of the seven missing cards on this old cat. 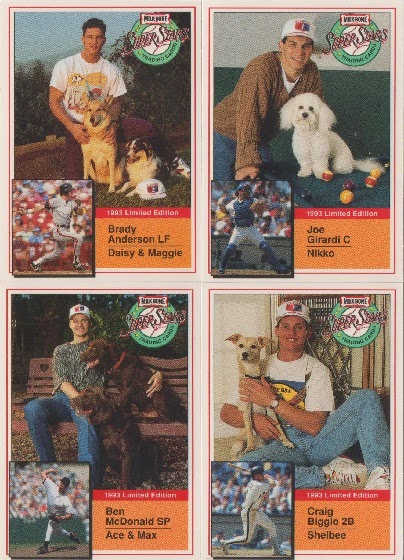 Now thanks to the help of John, and his spot. One day this set might actually make its way off the wantlist. Until then it will make appearances like it has every so often.

While getting these five cards was an incredible package from John. He wasn't done hitting me up with cool cards, and other items. Inside with the Milk Bone cards was a pile of these 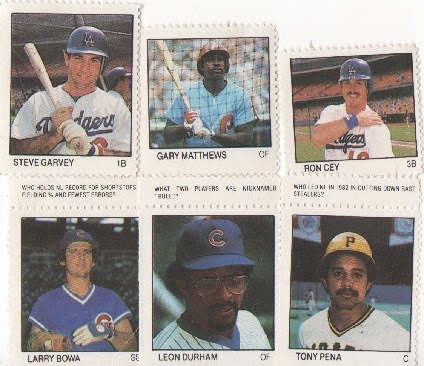 Stamps, or stickers, I can't tell you what these are. What I do know is included was some yellow ones that mention being able to purchase the poster for one dollar. Hopefully either John, or someone else out there will let me off the hook on what these are.

The logo collector in me enjoys these the most out of the batch. Nothing is cooler than some of the retro logo's you get to see in these type of things.

John wasn't done there though. All these came in a huge box that was loaded with cards. So many cards that on Monday I will show more of what John, and his spot sent my direction.
Posted by The Prowling Cat at 7:59 PM