All The Kyle Busch News 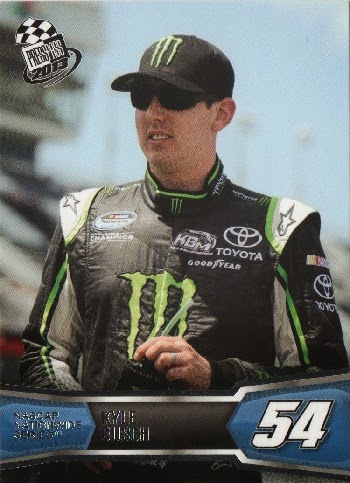 Today Joe Gibbs Racing announced the new crew chief line ups for the 2015 season for its highest level drivers. Leaving Kyle Busch, and moving over to Denny Hamlin is Dave Rogers. Denny's crew chief Darian Grubb moved from Denny over to new team member Carl Edwards. With Edwards joining the team for 2015, and raising the team from three driver to four. JGR had to either promote someone, or sign a new another crew chief.

Going with the choice of promotion, and a chief that Kyle was very familiar with. Gibbs decided that Kyle should team with the promoted crew chief. Adam Stevens who has been crew chief for Kyle when racing in the old Nationwide, and newly renamed Xfinity Series is the man.

Hopefully this new or can it be called current relationship will net some great results. Kyle has won numerous races in the Nationwide Series with Stevens at the helm. If the two can carry those results over it should be an amazing 2015 for Kyle in the M&M's car.

Another much more fun tidbit that was released on Wednesday. Kyle will be getting a new paint scheme for 2015 that promotes M&M Crispy. 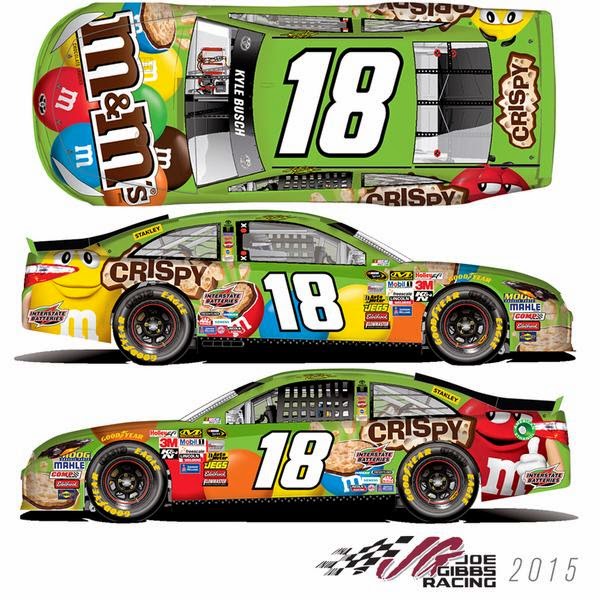 The scheme had an early showing in a commercial last month.On Wednesday though it became official as this picture was sent out to the NASCAR world. How many races it will be used for is still unknown at this time. An interesting note is the car continues a trend with Kyle of racing a green colored car at some point during the year.

Every year during those races here at the cat house we are lost on where Kyle is running. The new color throws us off when he's in the pack. Hopefully this year we will finally catch on to the green scheme as it seems to be here to stay.
Posted by The Prowling Cat at 8:33 PM