Tell Em The Cat Sent Ya! 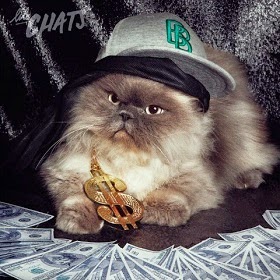 If you've read The Prowling Cat for any length of time you know that I don't pimp contests very often. While I have participated in a contest or two that have you do a post about the contest on your blog. For some reason its just been a rare occasion that I actually take the time to pimp another bloggers contest. Well today rare is happening times two! 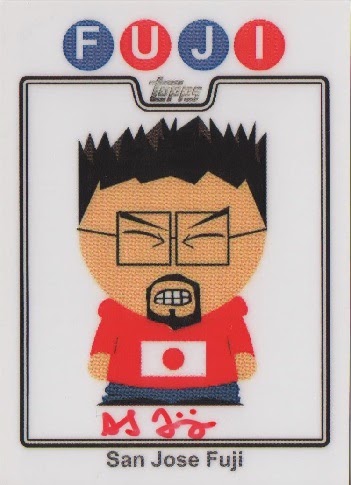 First up is the great blogger Fuji who runs one of the coolest blogs going 'The Chronicles of Fuji' is having a contest. This isn't just any contest though, Fuji is celebrating his 1000th post, and wants to go big. How big you ask?

Fuji will be giving away 1000 cards in total to four lucky winners. One of the best parts about this contest is Fuji wants you to do three things that I honestly believe two of them you should already be doing. He wants you to leave a comment on every post between last nights post, and June 7th. With the stuff Fuji puts out in every post this should be real easy.

The third, and final way to get entries is to pimp his contest. Not a hard thing to do either as the Fuji is worth it. So head on over to 'The Chronicles of Fuji', and congratulate the man on his 1000th post at the very least. 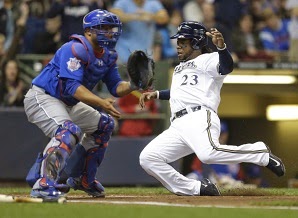 The second blogger holding a contest is Tony who runs the blog 'Off Hiatus Baseball Cards'. Tony is celebrating his 100th post for his blog. While I would love to give him the big build up that I just gave to Fuji I can't. Not that I don't think Tony doesn't write awesome stuff or anything. The truth is I haven't been reading Tony's stuff so I can't honestly say. What I will say is that I have added his blog to my blog reading list.

Tony is a Brewers fan from what I can tell, and adding another blog to the reading that shares the view from a new team is always exciting to me. I look forward to reading what Tony has to say in the future not only about his team the Brewers, but cards or any other collectibles he enjoys. If you are interested in either entering Tony's contest, or just congratulating him on his 100th post head on over to this post on his blog Post #100: This is it, so let's get it out of the way.


While at both of these blogs Tell Em The Cat Sent Ya!
Posted by The Prowling Cat at 9:23 AM