Here I am with the last two returns I have gotten from the artelopes. After these two I have only two more remaining in the wild waiting to come home. Sounds like I need to create more as schedules are starting to pop up everywhere it seems.

Charlotte got a brand new logo with season which is the reason for this request. I like the new look, and was really excited about adding a business card of this new look. Throw in that the team has been really good to me in the past, and this was going to be a grand slam. Problem was I didn't know that the team has a new stadium to go along with the logo.This means the team still hasn't gotten any business cards. 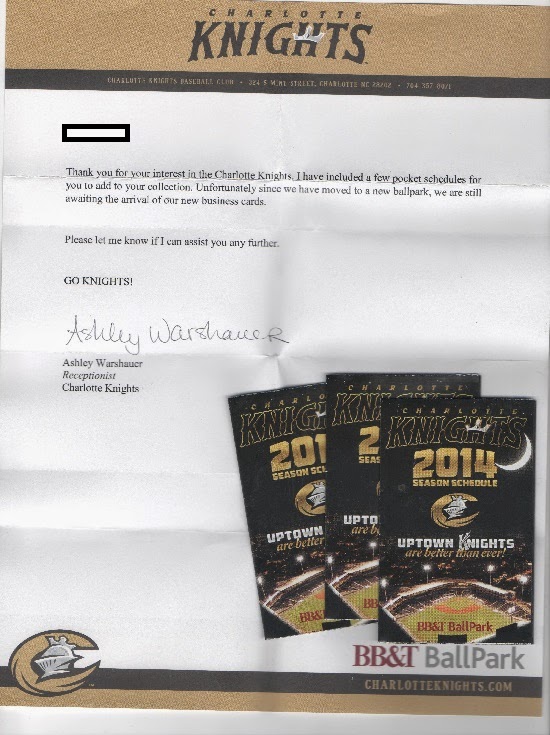 Not a huge loss as I will make another attempt later, and hopefully cross Charlotte off the updated cards need list.

As you can tell the Bees looks wording seems a little strange. The idea was to try, and make the lettering look kind of like a honeycomb. With my limited art ability it didn't turn out like I wanted, but didn't turn out that bad either.

Salt Lake is another of those teams that is so good to me. Each year they send a few business cards, and a good amount of schedules. This year was no different as you can see below. 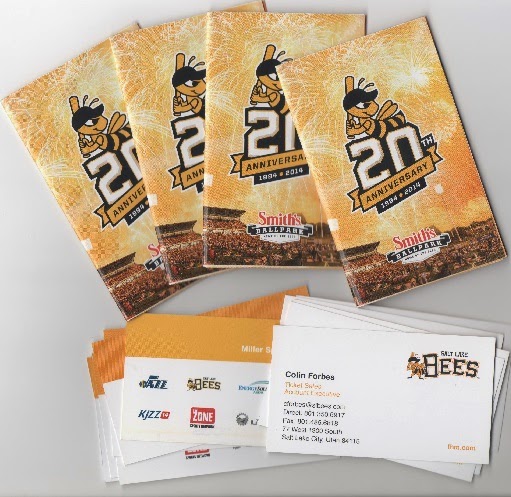 For some reason I can't explain, I like the whole Bees name, colors, and logos. There was a possibility of going down to Salt Lake this summer as part of our vacation. While there we planned on catching a game or two for the Bees. For reasons not related to last Saturday the Salt Lake thing died. Would have been a cool thing to do, but I can't say we are heartbroken around here.
Posted by The Prowling Cat at 10:10 AM