The Jethawks have changed their affiliation to the Astros since I added their card into the collection. Sadly what came was five schedules that will go directly into the trade stack. 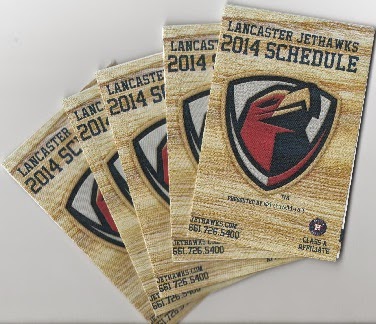 My next request was made strictly for the pocket schedules. A business card would have been nice, but far as I know they haven't made any changes to the cards I currently have.

The Dash didn't disappoint when it came to schedules as they sent eight. The return envelope was bursting so wide it's a miracle that everything came in sealed. 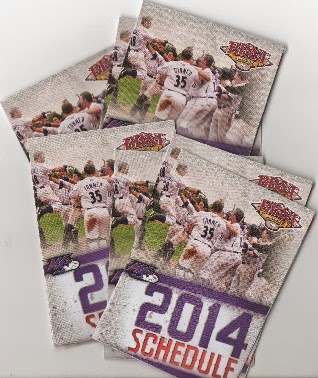 The third return was courtesy of the Midland RockHounds.

This year was an exiting year for us schedule collectors when it comes to Midland. For the past few years the team was issuing a brochure that had a small schedule you could cut out of it. The concept made getting a schedule a tough chore so seeing the team back to regular style schedules is awesome. 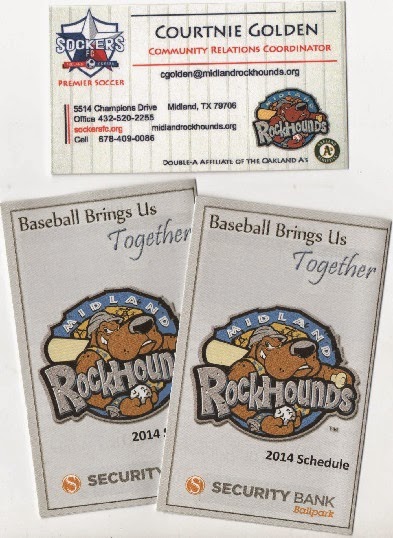 Closing out this set of returns is the favorite artelope I did in this set. The Asheville Tourists are one of the affiliates of the Colorado Rockies so writing them is always a top priority when it comes to sending out requests.

The lower left hand corner is supposed to be a bat hitting a ball. Was trying to incorporate some of the fun things associated with the night theme used by the team. I don't think it turned out too bad in the end. 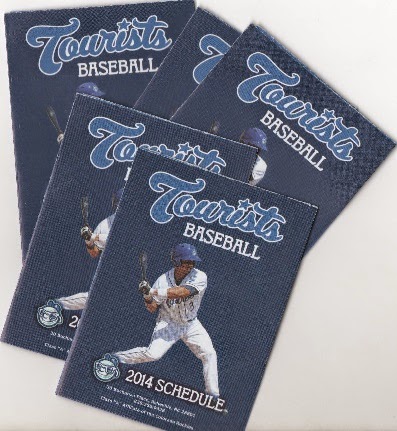 Posted by The Prowling Cat at 7:52 PM