They Might Be Minor League, But They Are Big League To Me

Monday ended up being a great day at the cat house. Not only did I finally get to scratch my itch when it comes to 2014 Topps. When the mailman finally made his stop on our block. There was a PWE all the way from Ohio left behind. Inside the envelope was four cards from fellow TradingBases member Jimi. Not only was it four cards, but four cards that were awesome additions. Three of the cards were from a subset that has long been neglected. That subset is the League Leaders from 1993-1994 Fleer Excel minor leagues. 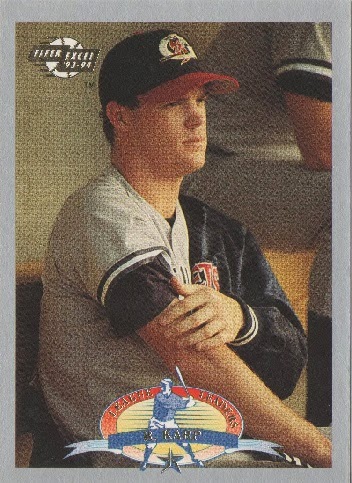 
Originally drafted by the New York Yankees in 1992. Ryan started his minor league career in 1993 playing for Greensboro. Moving up the teams rank fairly quickly before being traded in 1994 to the Philadelphia Phillies. Making his debut in 1995 Karp would only pitch in one game before being sent back down. Spending the rest of 1995, and all of 1996 Karp would reach the majors again in 1997. Playing in 15 games it would be the last time Karp would play in the MLB. For his career Karp went 1-1 with a 5.29 ERA, and 20 strikeouts. 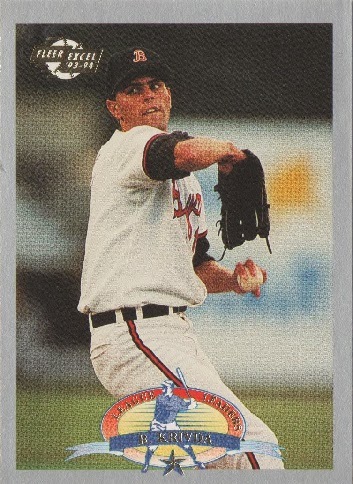 Drafted by the Baltimore Orioles, and starting his career in 1991. Krivda would fly through the minor leagues before making it into the Orioles rotation in July of 1995. Starting decent, and going 2-2 the wheels suddenly fell off. Losing his next five games he would end the season at 2-7. Returning back to Triple A for the start of 1996 he'd get called up again. Faring just slightly better at 3-5 in 22 games before seasons end. Another return to Triple A for 1997 where Krivda was brilliant. Baltimore came calling again for ten games. Going 4-2 his stats were beginning to decline as his ERA climbed to a huge 6.20. 1998 would come, and a new team the Cleveland Indians would claim Krivda off waivers. By June Krivda was traded to the Reds where his decline was more obvious than ever. At seasons end he would be signed by the Royals, but never make the roster. More years in the minors would follow as well as a gold medal in the 2000 Olympics. Krivda would never make it to the MLB again. 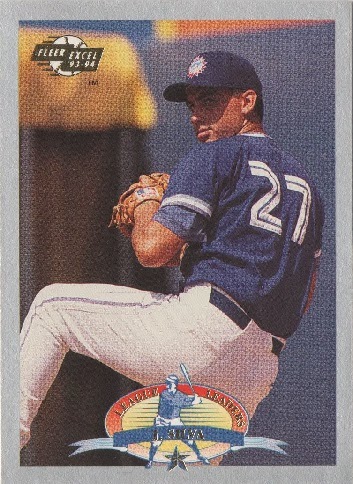 
Originally drafted by the Toronto Blue Jays. By 1996 Silva would be pitching for the team. His time in Toronto would be short-lived as in 1997 he would move on to Pittsburgh, and the Pirates. Playing there through 2001, Silva would spend 2002 in Cincinnati with the Reds. 2003 would be spent in the minors along with the remaining part of his career. Moving on too baseball in Mexico before retiring. 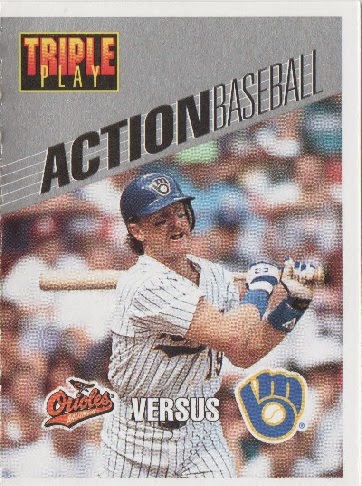 Closing out all this minor league madness Jimi decided to go pro. While these aren't the coolest looking cards they just appeal to me for some strange reason. Cutting the list of remaining needs down to three before I can cross these off the wantlist.

Jimi thank you so much for going minor league in your PWE.
Posted by The Prowling Cat at 2:30 PM