Just over one week ago Tony who is a fellow schedule collector was soliciting for a trade. This wasn't your typical schedule trade though. Tony has a decent amount of the bigger sized schedules. Looking to unload the oversized for other oversized he needed. I noticed a selection of Tulsa Drillers schedules in the batch he listed. After a series of e-mails were exchanged I discovered there were three schedules I was missing in my collection. One was a sponsor variation, and the other two are new covers. Tulsa has become one of my favorite minor league baseball team to collect schedules from.

Originally the collection started with the 2003 as it was the year the team became a Colorado Rockies affiliate. As time has gone on I started to add older schedules into the collection. 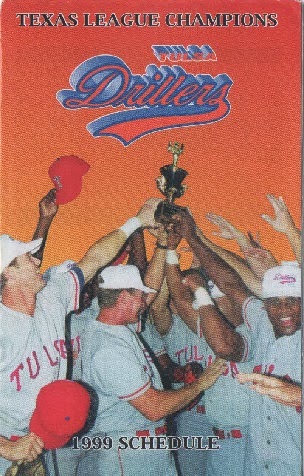 Not the best cover that Tulsa has put out, but I needed the new sponsor of this cover so I couldn't turn down the chance to get it. 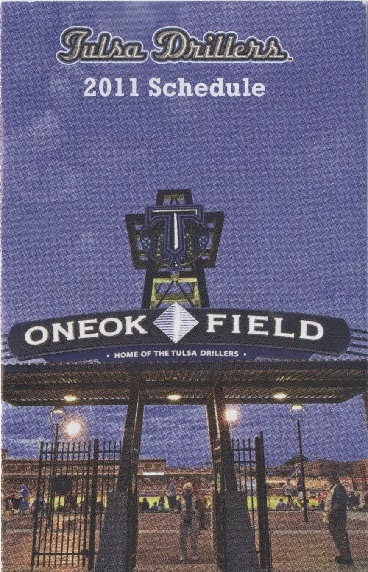 This is one of those schedules that I was pumped to be adding into the collection. My other 2011 schedules have a different cover which personally is kind of weak. Compared to the other cover this thing is a work of art. 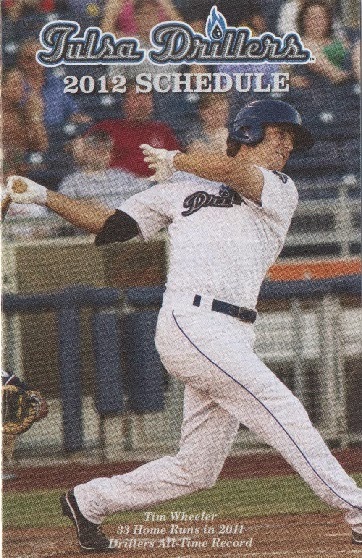 My favorite schedule of the three due to it having Tim Wheeler. When Wheeler played for the Tri-City DustDevils up here in 2009 we saw him play a few times in Salem. At the time we were more into seeing another player who was from Oregon State University. The wife likes watching guys from Oregon State. I personally like watching the Rockies affiliates play. When those two collide its a win-win if you ask me.

In the end I had four schedules that Tony was looking for. In true blogger fashion I offered to send the four, and take the three in return. What came was a fourth schedules thrown in that I will be able to use in a future trade hopefully. That is unless there is someone who'd like to add a schedule with new Phillies manager Ryne Sandberg on it. 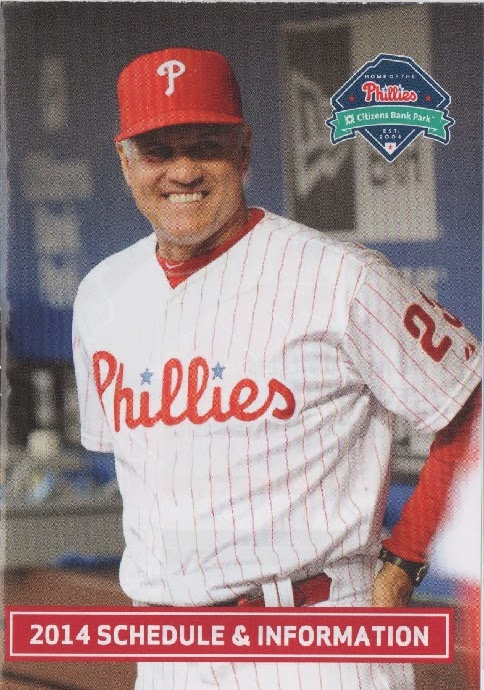 Posted by The Prowling Cat at 6:30 AM