Jesus Montero- Down And Possibly Out?

When I first got back into collecting baseball cards. I created a list of players that I wanted to collect. If you were to look at that list going into this upcoming season you'd notice a bunch of changes. One of those big changes was the removal of Jesus Montero. 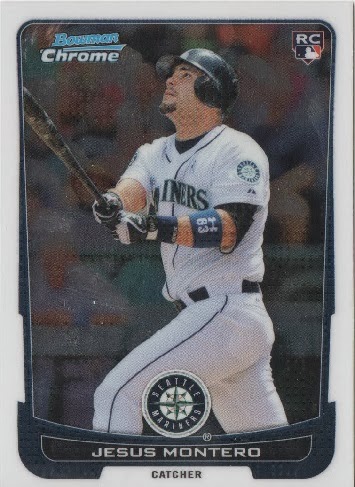 Even before his suspension I was one of the many that was starting to sour on this highly touted prospect. When the Mariners traded for Montero it was a blockbuster that at the time looked to be a major addition to the future. Here we are a couple years later, and while Pineda has yet to pitch for the Yankees. Montero has yet to even show a slight glimmer of the potential that the Mariners traded for. A batting average that has hung down around the Mendoza line. Very poor fielding in a position that can't have this type of disastrous play if you want to win games.

All this finally caught up to Montero as the Mariners 2012 first round draft pick Mike Zunino was representing in Triple A. All this meant that while Seattle wanted to delay bringing Zunino up. They had no choice, but to make the future now. The move left Montero in the dark, and a player who needed to adapt. This adapting meant he needed to be sent to Tacoma, and learn a new position. A sort of back-up plan for another player that hasn't delivered on his potential Justin Smoak. 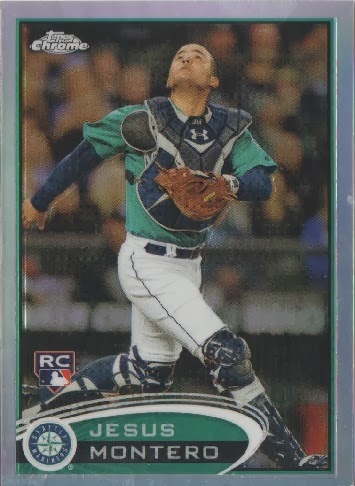 Then came an injury, and the Biogenesis suspension. Wednesday was a chance for a new start with the young prospect. Saying all the right things as Montero did something I'm not sure another of the suspended players have done. Montero apologized, and admitted to making a big mistake. Adding in that he didn't know what he was thinking when he made the choice he did.

Even saying the right things there was some new choices that Montero has made. These choices are once again putting him behind the proverbial eight ball. Playing 22 games in the Venezuelan League as a way to test out the knee. He talked about how it went well, and feels great. The problem lies in that after those games he decided to relax. Not only relax, but to eat, and eat, and eat. All this has Montero coming into camp on a weight loss program. A camp that he was already going to have a tough time to prove he belongs on the Mariners roster. Now its more obvious than ever he will be starting out in Triple A Tacoma. 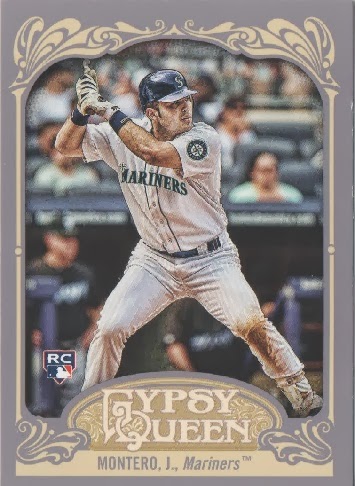 As a Mariners fan, and a once collector of Montero's cards. I hope he will be able to get it together at some point this season. Maybe he will be able to platoon with Smoak, or possibly takeover if Seattle finally gives up on Smoak. While my days of collecting his cards are long gone. I can't help, but hope he doesn't end up being another of the franchises many disastrous trades.
Posted by The Prowling Cat at 6:00 AM