Almost a full week ago I had a PWE delivered from Cliff that thrilled me beyond belief. 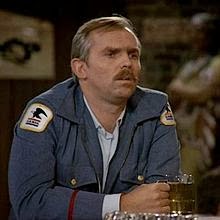 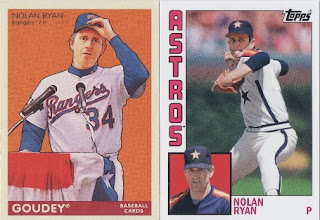 Not only did Cliff go with a hall-of-fame player. He went with my all-time favorite hall-of-fame player. Being I stopped collecting cards, in the 1990's anything newer are holes in the collection. So two new cards for the Nolan binder was amazing. The crazy part is this wasn't everything. Cliff kept going big with this envelope. 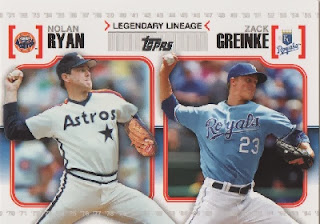 Another great Ryan, and another great pitcher sharing the card. Sharing a little history about myself here that pertains to this card. It wasn't until recently that I started adding cards like this into my Nolan Ryan collection. I remember seeing cards from the 80's where they had the cards with two pitchers standing together. Those cards were discarded when I was collecting Ryan in the past. The cards for league, and team leaders met the same fate, and are something I still need to see what I have. 2014 will have to be the year I get the Nolan Ryan collection in order. While most the cards are in a lone binder they are still a mess. How a collection could be all in a binder, and still a mess is beyond me but I have done it. 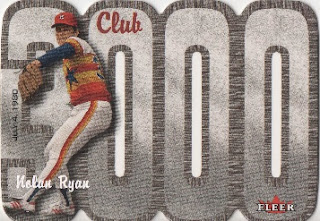 This envelope just kept giving. It also proved to me that there are still a ton of Ryan cards out there. Cards that I am still scratching the surface on even knowing they exist. Once the binder starts to look decent I'll have to see if there are more Ryan's in the subset. Until then this one card will have to sit alone as inspiration. 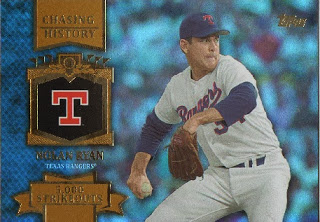 Closing out what has to be the best PWE ever. Cliff went with the newest Ryan card he could possibly find. Another card that once again shows my naiveness in the latest Nolan Ryan cards. Despite almost being finished with the series 1, and still needing to put up my series 2, and update wants. This card was not on my radar of cards for the collection. It's amazing all the cards out there this envelope brought my attention to.

Thank you just isn't enough for all the awesome cards Cliff. Until I gather up some cards, and send them your direction. A thank you, and a sad joke about you sharing a name with a character from Cheers is all you get.
Posted by The Prowling Cat at 5:00 AM