As I've said a few times on this very blog. I have the attention span of a gnat at times. Due to this there are points in my hobbies where things get lost or forgotten about. Other then my time of not collecting, baseball cards never fall into this category. When I collect cards I collect them, and keep enjoying the hobby. The one hobby I have that suffers from these gaps is my pocket schedules hobby. There are times such as this summer. When I just don't mail out SASE's to sports teams. What this does is creates a hole that sometimes I am able to fill, and other times go empty as none of my usual trade partners mailed the team or only got one when they did. 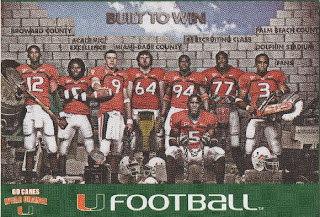 Sometimes this is when a fellow collector John comes into play. John does massive amounts of mailing, and then sells his doubles. This is a great deal for guys like me as it reminds me of baseball card purchasing. Much like when you buy that one or more cards you need for the collection. That card you never seem to find no matter how many packs you buy. So John steps up with his doubles, and offers them up at a price that costs a third of what it would have cost to mail the team myself. These can either fill a missing gap or as with one of the ones in this post. John saves me the time of mailing a team altogether. 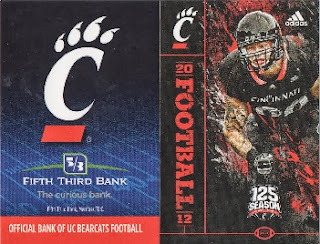 Often times the don't know what you are getting surprise much like buying a pack of cards. This I believe is why I collect pocket schedules along with baseball cards. You send out a pair of stamps, and don't know what player you are going to get. While like baseball cards there are checklists of the pocket schedules. It's still a lottery in what one of those are coming your direction. The fun chance of not only surprised by what is in the envelope. The chance like a baseball card to own a picture of your favorite player. The great thing with schedules is instead of the players stats. You can see what teams he played against all season long during that given year. 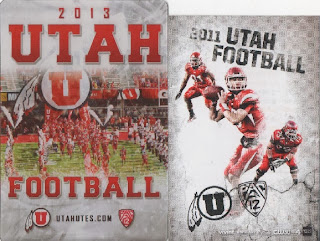 Much like with cards there are becoming more high tech goodies. While it doesn't show in the scan the 2013 Utah schedule is a moving picture style. The second picture is the crowd of red cheering on the team. Currently the Utes are the only schedules being produced this way. Hopefully like baseball cards more teams will see these, and test them out. Sometimes other teams will see some new goodie, and try it out themselves. Until then I will hope John keep offering up schedules at a good price so I can update the collection when I miss schedules like these four.
Posted by The Prowling Cat at 7:13 PM