During the time frame I was home sick I spent some serious times in the hobby room. Not only was some big napping going on, but I got some organizing done in the hobby room as well. Realizing that there are some cards, and other goodies that I no longer really need. I will be posting these every so often to try, and find them new homes. First on the list is some sets, and loose cards of the minor league variety. I will start by saying that if any of these players made the big club they didn't become huge names. 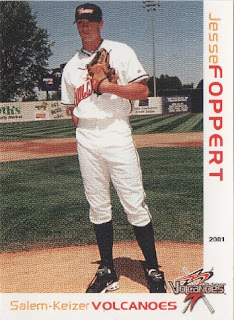 Starting off the party is the 2001 Salem-Keizer Volcanoes. My guess is Foppert is the big name in this set by being the only player who actually made it to the Giants. 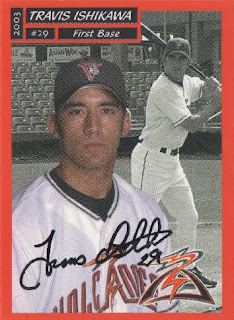 Another of the three Volcanoes sets I am offering up.This set has 17 of the cards autographed in person during the 2003 season. I believe there might be a couple players like Travis who made the Giants roster. I'm not a Giants fan so I can't tell you who is who from the group. What I can tell you is none of them are superstars. 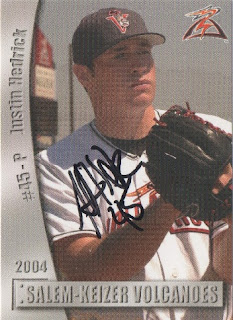 Last of the Volcanoes is the 2004 set. After that I stopped buying them, and haven't even gotten close to consider buying them again. 24 of these have been autographed in person with not one name on the team anyone I have even heard of. 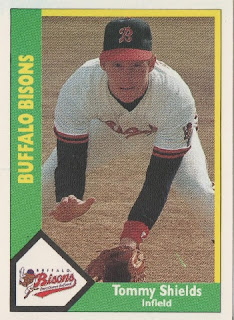 43 cards in total these are the 1990 CMC cards that pop up every so often. If you are looking for players from a certain team, and want those or want the entire batch they are here for the taking.

I will be holding all these cards until the 12th if they are unclaimed. Then they will go into the bin, and heading to the thrift store. If you would like to claim any, or all the cards leave a comment, and they are yours.
Posted by The Prowling Cat at 8:05 PM