Gaylord Perry and His 300th Win

They just had a short segment on Mariners All Access Wednesday night. WEhile the segment was about Julio Cruz who does the Spanish broadcasting for the Mariners. He started by talking about his time with the Mariners. 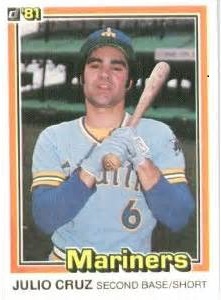 Cruz was the player who made the play on the last out of Perry's 300th win. He talked about how before the pitch he kept thinking to himself 'please don't hit the ball to me'. While I'm not sure if he was the only one who knew or not. He said that he knew before the pitch the ball would have so much Vaseline on it that it would be nearly impossible to throw. Then as the ball was hit to him it only took one bounce which made the play extra tough. Showing the highlight of the play he talked about how if you watch closely he studder stepped three time before making the slow toss. That he claims was trying to find a spot on the ball that was dry enough to grip it.

After the game he talked about celebrating with the team before catching Perry off to the side. At that time he showed Perry his hand covered in Vaseline to which Perry hit him upside the head with his glove, and said 'you don't tell anyone'.

Personally I found this whole story quite interesting as it has been claimed that Perry threw the spitball. I believe I heard once he was never caught, but another story I saw once showed his hall-of-fame jersey from that exact game. That story showed the jersey, and a small stain just above one of the letters on it. While it's been many years, and stains can be many things. It is quite interesting the placement of it.

I just thought this was an interesting story that I had to share. One of these days I should learn more about Perry as everytime I watch shows with stories like this the man fascinates me. 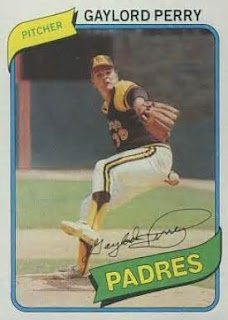