Another Whale Jumps In The Ship

I have commented a few times about missing a select few business cards from baseball teams. Recently the list of teams needing just any card was down to four teams. This didn't include new franchises for this season, and teams who changed affiliates. These were for teams that have been around years, but were holding out when it came to just one card. Getting a card a few weeks ago from the Nationals who were my final MLB team was huge, and something that had me thrilled beyond belief. Armed with this excitement I once again started mailing out artelopes with nine going out, and two of those being for teams on the list of four.

After eating dinner on Tuesday I headed out to the mailbox as we have been waiting for a package to do with the upcoming vacation. What was there got me thrilled again as the package came along with some of the returns.

This is one of the latest that I drew in hopes of a business card, and a couple schedules. The Bees have a logo that I wasn't too confident in attempting, and the daughter didn't feel like doing one so this is what I came up with. While I'd love a new card from the team as they changed affiliations to the Angels this season. It's not a team that was vital to the collection. Just a business card that I'm looking to update. What came is two schedules which aren't too bad looking, and reflect the new affiliation. 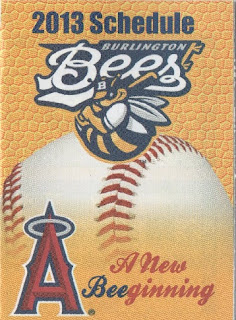 Second in the returns is another team from the Midwest League. The Beloit Snappers who recently changed to the A's affiliate for the league.

This is one the daughter wanted to do. While it was a simple one she did plan more, but didn't get the chance. She tested on another sheet of paper the head of the teams logo the turtle. Her plan was to draw the logo on the envelope, but while she was at school I wanted to get it mailed, and sent it incomplete. Despite not being finished it got the results I was looking for. The picture is what she drew, and planned on adding to the envelope. 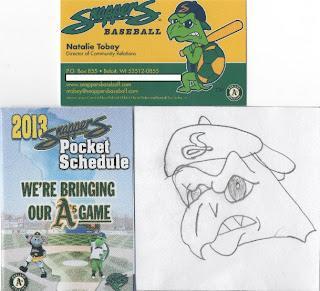 Last, but definitely not least is the entire reason for this post. The artelope please.

The Power is one of the four teams I have been trying to get a business card of. For ten long years they have been a thorn in my side that just kept hurting every time I thought about it. As I keep reading about in some of the great blogs out there, they were a white whale. I decided to go with the power coming from the baseball logo the team uses with a twist. When she saw it Tuesday the daughter gave me a quick should have asked me I would have had more fun with it. That doesn't matter as the results are what matter on this bad boy. Those results are another whale can now be checked off the list leaving me at three. 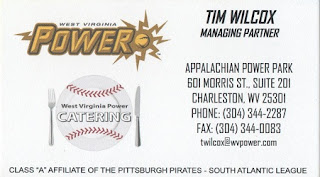