For some strange reason the artelopes project has been running kind of slow. Within the last two months I sent out nine envelopes, and until picking up the held mail on Friday. Only one of the nine had made their way back home. Things changed on Friday, but not by much as only one return was waiting inside the rather small batch.

I thought it would be cool to go with a portion of the school's logo. When I did the artwork at the time I was kind of torn on my opinion of it. Looking at it now I'm pleased with the final result, and thrilled with what it yielded. 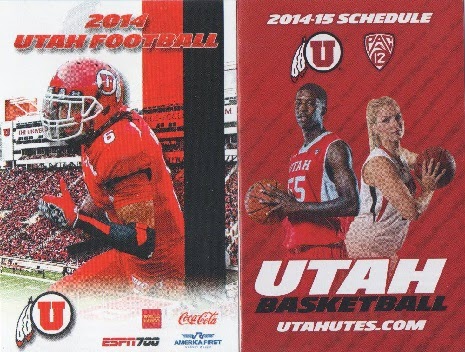 The original request was for football schedules, and a business card. When it was sent I was hoping that it wasn't to late for the football schedules. As you can see from the scan above, not only did I get football. I am going to be saving another two stamps by not having to write for basketball schedules. 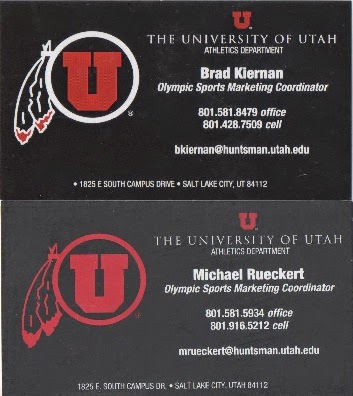 These are the two things I was most excited about in the entire return. There is already a business card for the Utes in my college sports collection. That card was from the time frame they were in the Mountain West.  Since making the jump over to the PAC12 I have traded for Utah schedules, and not written the team. Now the collection has the two designs the college is using since joining the PAC12. 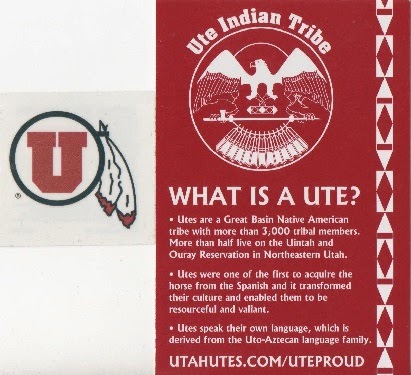 These two were fun little additions into the mix that were a huge surprise. The smaller is a tattoo that odds are will end up on the daughter at some point. The big red card talks about where the Utes got their name. I'm going to add the card into my Utah schedule collection while putting the schedules away.
Posted by The Prowling Cat at 5:00 AM