Just over one week ago I mentioned that I was hoping to hit my last card show of 2014. Then the day came, and everything went as planned. Walking in I had hopes for a successful show, and this show didn't disappoint.

Mentioned last week in my Sunday NASCAR post was the 20 something Kyle Busch cards that I added. Normally NASCAR related cards don't exist it seems. At this show I found them in three different locations, and I bought at all three.

NASCAR wasn't my only find though as I nailed some of the sets in my wantlists.

At the last card show I picked up some of the silver 'You Crash The Game' cards. Even though they aren't from the 1995 silver signatures SP set. I think they look good with the set so I'm going to build the subset to go with the SP's. Seeing two more was a find I was glad to be going home with.

Speaking of the silver signatures. One of the dealers dropped his usual 25 cent boxes, and turned the into dime boxes. Searching through his mass amount I found the two silver signatures, and was thrilled to be bringing them home.

In the same boxes came the 2003 Ichiro MVP card. I seem to be having some decent luck finding the Mariners from the set. All the other teams seem to be a little tougher to nail down.

Another very unexpected find was the Griffey Jr. cards from the 2000 Twizzlers set.  These have been impossible to come across so getting this was a great find. Now if I can only find the other nine. 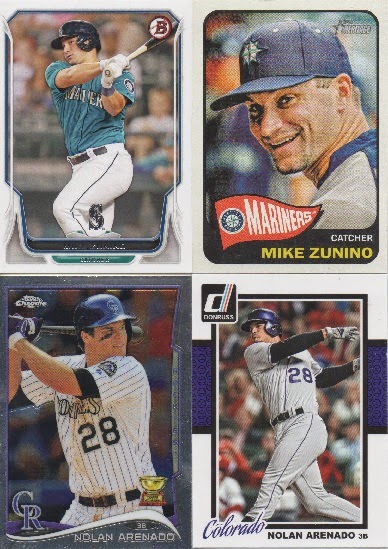 My best finds were in the category of player collections. I know that these two aren't listed in the player collections currently. That is a situation that I will be addressing at the end of the year, or beginning of 2015.

While I have recently started accumulating both players I am still in the process of figuring out all my player collections, and where these two will stand. 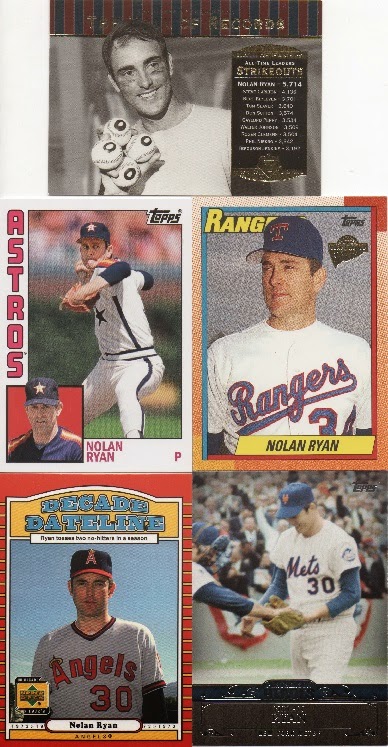 One of my more well known player collections is Nolan Ryan. His cards have been in the collection since the day I started organizing my collection. While it might not be as well known of a collection here on the blog. In other circles they know about my love for his cards, and try to feed me any oddballs that someone has doubles of when they come along. Some of these might end up being doubles, but for the price of one dime I thought it was worth the risk of getting them just to make sure. 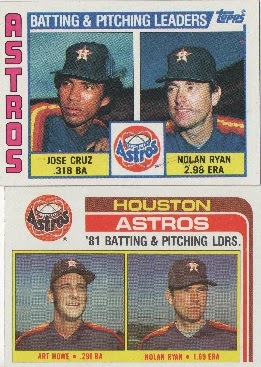 Until seeing the love these get on other blogs I never appreciated these cards. All they used to be were wasted cards that took up space. Now I'm adding them into the collection, and having that same appreciation the other bloggers have. To all of you who have brought me around to these cards I say thank you. 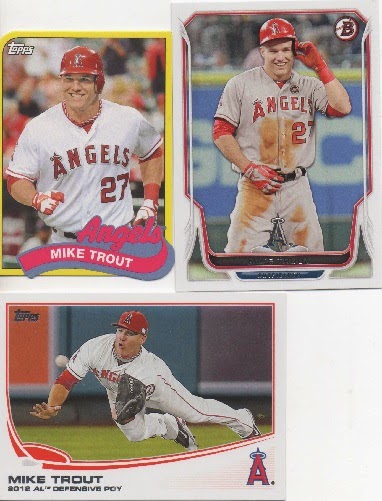 Closing out the player cards was the guy who odds are will be as big of a mainstay as Nolan Ryan has been. So far his cards have been like Ryan was in the 90's, everywhere. You can't find a set being made these days that isn't loaded up with Mike Trout cards. 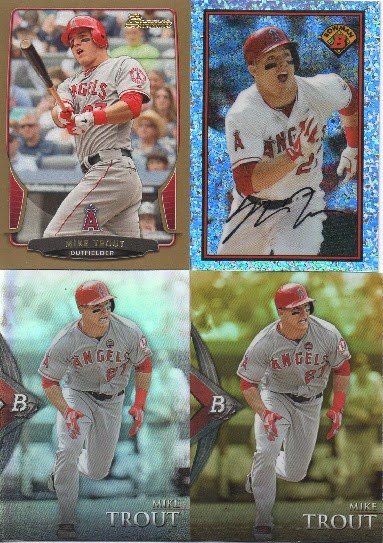 Not only did I nail down some fairly common Trout cards. A few that I thought might be a little out of the range I'm willing to pay popped up. All these were found at prices more in my range, and thus made their way home with me.

Overall it was an awesome show that I haven't even shown everything I bought. There were a few cards that will be shown by the person they were bought for. That is once I get my act together, and send them out. Will that be before or after vacation is the big question.

Besides all those I found a few more cards for the ever popular 'It Still Hurts To Watch' posts. So those will eventually be showing up one day.
Posted by The Prowling Cat at 10:46 PM