Starting out this month I did a full week of getting rid of cards I no longer have use for. Cards that were in need of brand new homes where they could be better appreciated. When all was said, and done the posts were a complete success. So much that I'm hoping to drop a few more before the month ends. All that is missing is me getting my butt in gear, and doing the posts.

It was during the first week that John who runs the blog Johnny's Trading Spot staked his claim on some cards. What happened next is a little secret that I might be the only one until now knew about. Getting a return from John in the form of a decent sized box. Included inside were loose NASCAR cards of one of my favorite drivers. 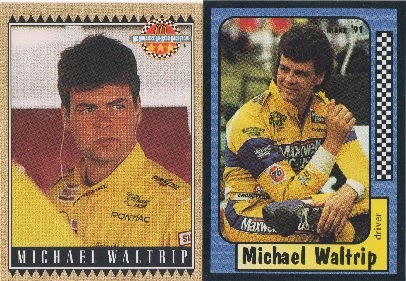 From there the box continued to give even more as two well wrapped groups of schedules sat inside. One was labeled 'to keep', and the other 'for trading'. I just sat there excited about what could be contained within each pack. Before opening them I couldn't help, but think "how does Johnny do it?" That is when I remembered an old commercial.

I'm not sure if others remember this guy or not? 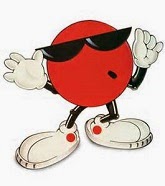 For those that don't know who this is. His official name was Cool Spot, and he was a sort of mascot for 7 up in the late 80's. One day he disappeared, and from what I believe to be true. Spot accepted a deal with Johnny to do trades for him in return for some unknown to even me payment. It has been a deal that not only the two of them reap the benefits of. Anyone who is lucky enough to trade with John reaps the benefits of. How else can you explain these three Jeff Gordon cards being included in the box? 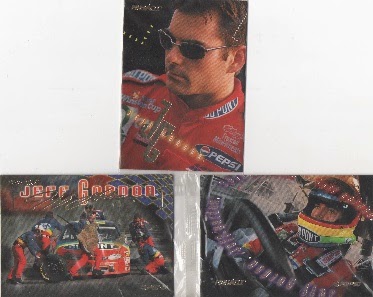 The set was a Pepsi promotion from 1997. Anyone else here starting to see a trend starting? Cards from a Pepsi promotion, and 7-up a Pepsi product. If you still aren't convinced of Cool Spot, and John relationship. I present to you one last proof for your viewing pleasure.

Included among many other schedules were these two that prove my point. 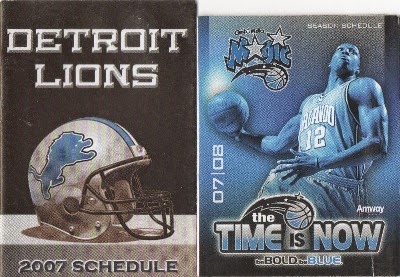 Looks like two normal schedules don't they? That is where you are wrong. A look at the back of these proves even more the theory of Spot doing John's trading. 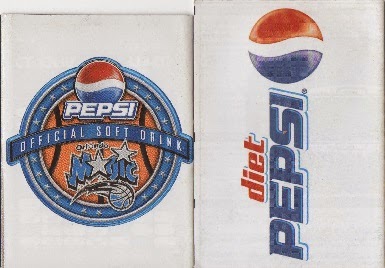 That's right! Pepsi as the sponsor of these two schedules. How can anyone question all this proof?

So taking in all the evidence I came to one conclusion. John has Cool Spot do all his trading, and that is where his blog name came from. When you have Spot doing all your trades you have to give your blog a cool name such as Johnny's Trading Spot. John, please let Cool Spot know he did a great job, and sorry that I didn't show more of the goods you sent.
Posted by The Prowling Cat at 6:59 PM