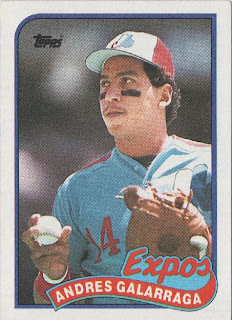 This is one of those posts I’ve been toying with doing for awhile now. I’ve thought about doing it, but just never pulled the trigger on it. Being gone, and wanting to keep the blog running I thought why not do it now.
With a blog named ‘The Prowling Cat’ how can I not send out some blogging love to all the players who have had either a cat themed nickname or a cat name? As a Rockies fan it was only natural that I start with a cat who played for the Rockies. Andres ‘The Big Cat’ Galarraga.

Starting his career playing for the Montreal Expos, Andres didn't come into the league very successfully. Batting a mere .187 in twenty four games his first season. The following season started great, but ended as Galarraga suffered a knee injury. Missing only a month for surgery he returned only to suffer a rib injury in his first game. Fully recovered Galarraga had a strong 1987 season at the plate. While his remaining seasons ended with his hitting being erratic at best. Galarraga showed great skills in the field by both scooping errant throws, and grabbing balls he shouldn't have been able to grab. 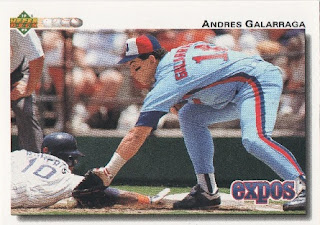 A short stop in St. Louis followed with Galarraga being signed by the Rockies. Playing for the team from 1993 until 1997 Galarraga's hitting vastly improved. Colorado declined to resign Galarraga at the end of 1997 to move on with 1st base prospect Todd Helton. Before leaving he held the Rockies records for home runs, and RBI's 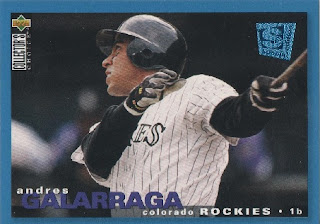 Galarraga's next stop was in Atlanta with the Braves for three seasons. A successful 1998 that proved to his critics that it wasn't just the Colorado air that helped with his hitting. A sore back in 1999 spring training ended his season when it was discovered Galarraga suffered from non-Hodgkin's lymphoma. Returning in 2000, and once again showing he still had it. Galarraga ended the year looking for a two year contract, but was turned away. Only offered a one year deal Galarraga moved on. 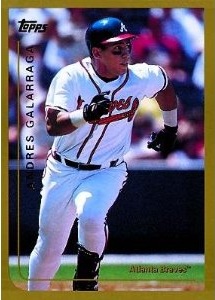 Stints with the Rangers, Giants, and a return to Montreal were his next stops. Growing older Galarraga's hitting started to suffer which led to time with the three teams. Hoping to continue his career Galarraga signed with the Angels. Beginning the season in their Triple A affiliate Salt Lake. Galarraga finally came up, but was relegated to the bench. Making one last attempt to play in 2005, Galarraga accepted an invite from the Mets to spring training. Realizing he didn't have it anymore Galarraga decided to retire
Posted by The Prowling Cat at 2:00 PM