The year was 1988. The baseball cards were ugly. Don't believe me, just look at this card included in the pack sent to me as part of the trade with Kevin. 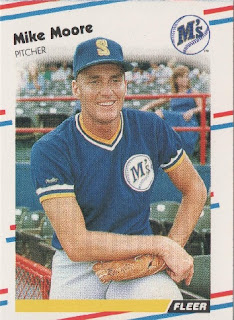 Ugly Fleer cards weren't the only thing in 1988. In honor of this pack of cards lets take a trip back to the time machine, and see what else happened in 1988
.

The Iran - Iraq war comes to an end 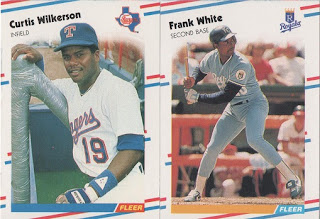 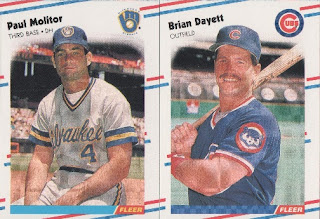 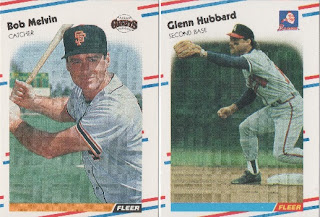 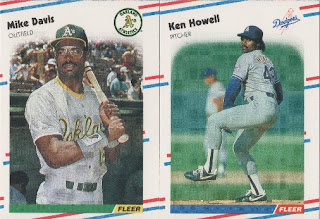 Jose Canseco for the American League, and Kirk Gibson for the National League are voted MVP. 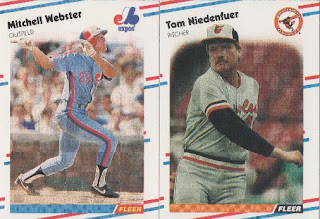 Last, but not least. Baseball cards came with decorations for your baseball card boxes. 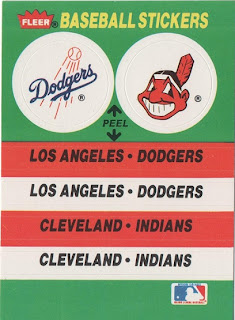 Kevin, Thank you so much for reminding us what things were like in 1988.
Posted by The Prowling Cat at 2:00 PM