If you haven't heard by now the blogger over at Drop The Gloves is running a contest. The big rule is simple. You have an imaginary $1600 to spend on E-Bay. Usually not one to do these type of things I thought what the heck why not join into the fun. Being this blog runs the gauntlet in hobbies, I'm going to run the gauntlet in how I'd spend the money. 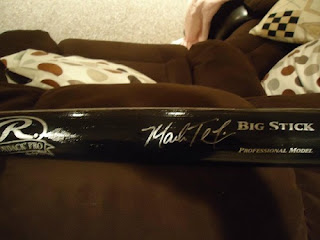 Mark Teixeira autographed bat with COA $150
My favorite current player in the majors how could I not get a signed bat to throw into the hobby room. On a side note I had a chance to own a real one from Mark himself while he played for Texas. He offered a broken bat up to the kid who reached for it only to have some old man take it right before it hit his hands. Then not more than five minutes later the guy had the nerve to ask who Mark Teixeira was. I was so shocked at the guys nerve to not only grab it from a little kid that when he asked the question we had to leave before I unloaded on the jerk. 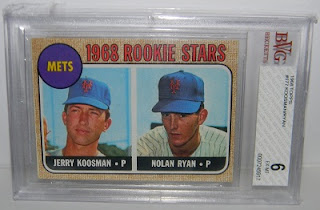 1968 Nolan Ryan rookie graded a 6 $275
I'm not one to go crazy into graded cards, but this is Nolan Ryan. Growing up, and still to this day Nolan is my all-time favorite player.  I realize that it's only a 6 as well, but any higher would come with a pricetag that would kill my $1600. 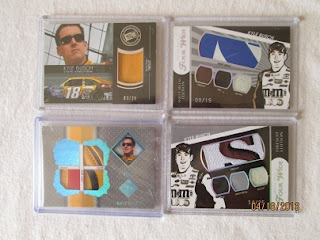 We are huge Kyle Busch fans in this house. A chance to add four cards with all the pieces these cards have would be incredible. One of the original reasons we started rooting for Kyle was he drives the M&M's car. Adding a piece of firesuit that showcases the S would be the best part. 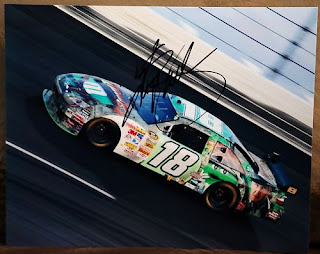 This has always been one of my favorite cars Kyle has ever driven. I would buy this picture even without the auto. Heck I might look into buying this thing without the fake cash. Now if I can just remember my actual E-Bay information. 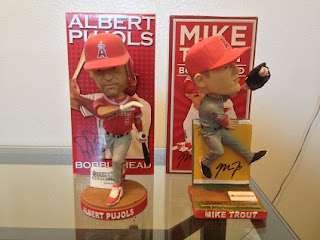 I have to admit I love my bobble-heads. The chance to add both Trout, and Pujols even at what looks to me as an inflated price would be cool. 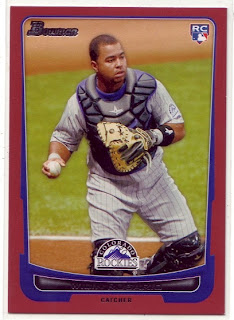 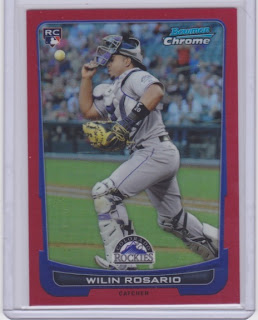 As a Rockies fan I just love the stuff this kid is doing. Hopefully he can keep it going, and reach the potential they believe he has. 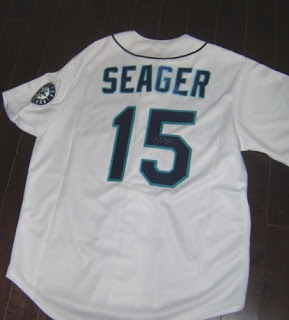 What do you get to add into the hobby room with a Tex bat? A Kyle Seager signed jersey! With the Mariners as my second favorite team I'm a fan of Seager. Throw him in with the other young Mariners I'm hoping start getting it together at some point. If they figure it out this could be a team that does some damage in the future. 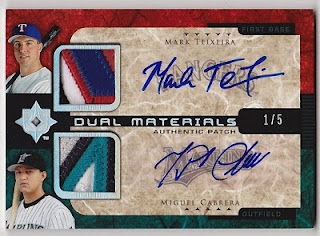 Now that is a sweet looking card. Throw in those two big guns, and how could you not want to add this bad boy into your collection? 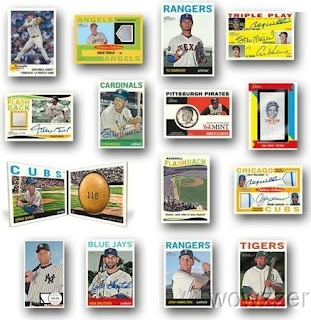 For some reason I'd have to open a case of cards. Odds are there could be better cases out there to break, but with me out of time I had to go with the first case that was close to the money I had remaining, and this case hit the mark.

I believe I came within two cents of spending all the money. I have to say it was a blast, and tough to do at the same time.

Posted by The Prowling Cat at 8:49 PM