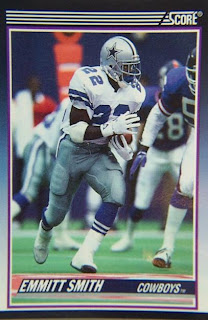 19. Emmitt Smith -- Playing from 1990 to 2004 Emmitt Smith is the NFL's all time leading rusher.  While not the flashiest of runners Smith ran with power. His style of play has led to a dispute by many of who was the best running back of the 1990's between Smith or Sanders. A 3 time Super Bowl Champion during his time with the Cowboys. In 1993 Smith became the only running back to ever win a Super Bowl championship, the NFL Most Valuable Player award, the NFL rushing crown, and the Super Bowl Most Valuable Player award all in the same season. Along with these accomplishments it would take awhile to list all Smith's honors as a player. Inducted into the Pro football hall-of-fame in 2010 it's obvious Smith is a legend.
LEGENDARY SUCCESS 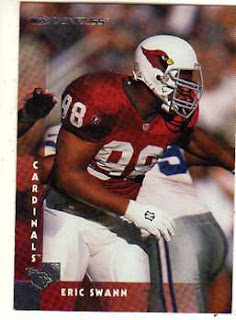 20. Eric Swann -- A defensive tackle who never played college football. Swann was drafted by the Arizona Cardinals while playing semi-pro football in 1991. Playing nine seasons for the Cardinals and one season for the Carolina Panthers. With average stats over his ten year career. A two time pro bowler in 1995 and 1996. Swann's stats started to decline until 1999 when Swann had knee surgeries. Cut by the Cardinals Swann was picked up by the Panthers but a disappointing season followed. With no contract offers Swann was out of the NFL.
PUSH 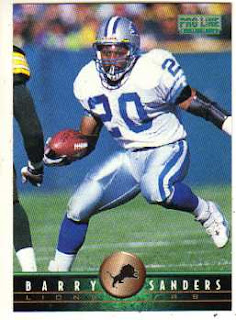 21. Barry Sanders -- Playing in what was a 10 year career for the Detroit Lions. It's not hard to argue that Sanders was one of the all time best players in the NFL. Rated as the #17th best player all time by NFL.com. Never averaging below 1000 yards rushing a season Sanders ended with 15,269. Sanders best year came in 1997 when he became a member of the 2000 yard club. Retiring at the end of the 1998 season, Sanders sent a letter to his hometown newspaper announcing he was retiring. Years later Sanders finally admitted his retirement was due to the losing attitude in the Lions organization. Leaving the game, Sanders had a list of accomplishments that would be incredible for people with careers years longer in length.
LEGENDARY SUCCESS 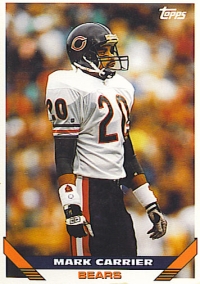 22. Mark Carrier -- Selected 6th overall by the Bears in 1990. Carrier a fee safety made an instant impact for the team. Making a league leading 10 interceptions his rookie season. Carrier went on to win the 'Defensive Rookie Of The Year' award. Playing in three pro bowls Carrier had an ability to be where the ball was. In a 11 year career for the Bears, Lions, and Redskins. Carrier had 32 interceptions, 765 tackles, and 16 forced fumbles.
SUCCESS 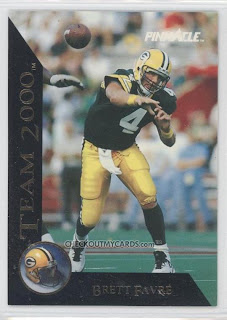 23. Brett Favre -- Originally drafted by the Atlanta Falcons. Farve only attempted four passes for the franchise. Traded the following season to the Packers where Farve would have the best years of his career. Playing from 1992-2007 for the Packers as the starter the entire time. Farve became known as an iron-man at the quarterback position. Never missing one start while in Green Bay. This led to a streak of 297 games without missing a start. Holding so many NFL records it'd take hours to write a list. It's not hard to see that Farve ranks as one of the best quarterbacks in history.
LEGENDARY SUCCESS 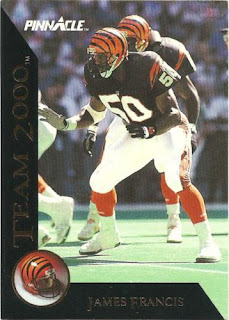 24. James Francis -- Drafted by the Cincinnati Bengals with the 12th overall pick in 1990. Francis played 10 seasons with nine of those being for his draft team the Bengals. His final season as a member of the Washington Redskins ended up being a huge disappointment. During his career Francis had 33.5 sacks while making 511 tackles. One of the tackles was a safety during his rookie season. While his stats aren't mind boggling he was consistent.
SUCCESS
Posted by The Prowling Cat at 4:00 PM