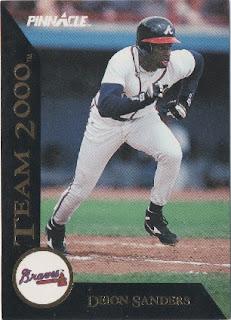 31 Deion Sanders -- A two sport athlete originally drafted by the Kansas City Royals. Refusing to sign with the Royals three years later the Yankees drafted Sanders. Playing only a very small part of two seasons with the team Sanders moved to Atlanta where he had his best seasons. Still only dabbling in baseball as football was his primary sport. Playing for both the Falcons and the Braves at the same time. Sanders was able to make more games and a bigger impact on the team as well. Leaving Atlanta Sanders played in Cincinnati, and San Fransisco, but took time off in between to focus on football. Sanders retired from baseball in 2001 while in Triple A due to his football contract stating he could only miss time while playing for an MLB team.
While I'd love to give him a success due to his time in Atlanta. Sanders did only play in 641 MLB games.
BUST 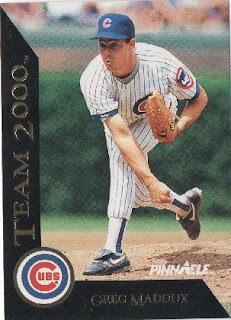 32 Greg Maddux -- Playing for 23 seasons Maddux was known as a cerebral pitcher. This thinking led to one of his nicknames 'The Professor'. With a fastball that started at 93 MPH when he entered the MLB. It began to decline leading to Maddux outsmarting hitters rather than overpowering them. This thinking helped Maddux to become 8th on the all-time wins list at 355. Not only was his pitching great, but Maddux was known as one of the best ever at fielding his position. Winning the Gold Glove 18 times. Maddux left such an impression for both the Cubs, and Braves that both team have retired his number 31.
Maddux was such a great player that let's be honest. I could write an entire blog entry on his career.
MAJOR SUCCESS 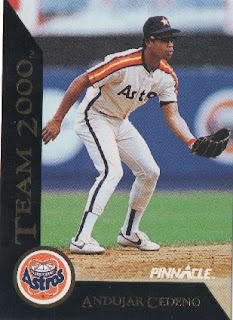 33 Andujar Cedeno -- A shortstop who played only seven seasons in the MLB. Cedeno spent almost all of those playing for the Houston Astros. Along with the Astros, Cedeno spent very short times in San Diego, and Detroit. Playing only 616 games for his entire career. Cedeno batted a measly .236, had 223 RBI's, and 47 home runs.
BUST 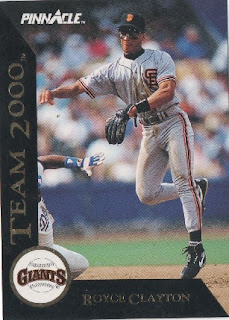 34 Royce Clayton -- Starting his 17 year career in 1991 and ending in 2007. Clayton played for 11 teams during that time. A speedster who played shortstop, and was always a base stealing threat. Clayton stole 231 bases, but was caught 100 times as well. Clayton wasn't very flashy at the plate with a .258 batting average, and only 723 RBI's.
PUSH 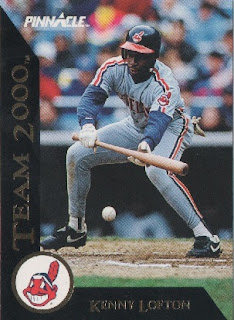 35 Kenny Lofton -- Originally drafted by the Houston Astros. A team that Lofton only played his debut season with. Lofton had a 17 year career with the bulk of that career with the Cleveland Indians. A team that Lofton spent three different stints playing for. Besides the Indians Lofton played for 10 other teams sometimes for one season, but mostly for part of a season before being traded. A stolen base threat every single time he was on a base. Loften stole 622 bases over his career, and ranks 15th all time. Playing in 11 post seasons, Lofton stole 34 bases while in the playoffs.
SUCCESS 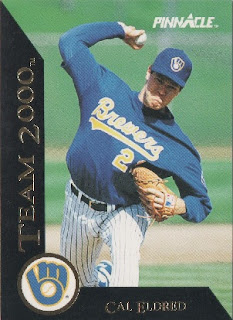