I'm A Victim Of Billy "The Kid" Kearney

Back when doing the 'Clearing The Clutter' posts I was contacted by Bill Kearney, AKA Billy The Kid. 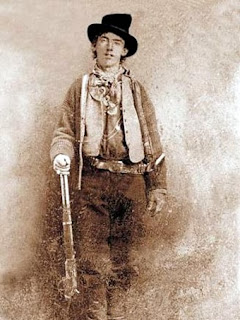 No not that kid!!

This Bill does all his work using baseball cards as I learned in his mailer. Not only did The Kid take down this big game cat's wants. He unloaded all six barrels in the six shooter doing it. 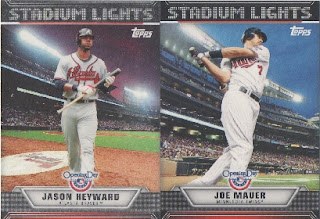 Navigating through the wantlists, Bill grazed the Stadium Lights subset by taking two down.

Not satisfied with this minor damage he took another shot, and down went three from the 2004 Authentix. 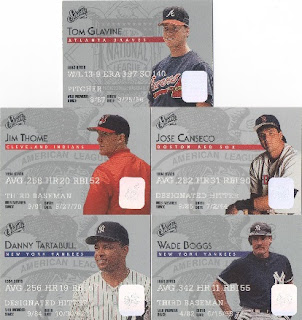 Moving on, Bill showed that any set on the list was in danger. If it was there it was going to feel his wrath. As shot three went out five cards from 1995 Studio took the blow.

Not realizing what was happening two birds, and an elephant from 2014 Opening Day Mascots were on the menu. Bill quickly dispatched them before continuing his path of destruction. 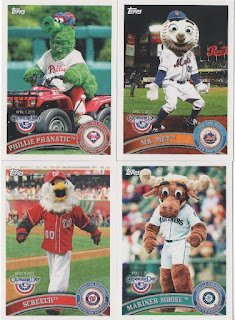 The bad news for them, but good news for me is all this ruckus drew in a crowd. Mr. Met, Phillie Phanatic, Mariner Moose, and Screech all from 2011 Opening Day Mascots crossed The Kid's path. After the smoke had cleared all five were victims 14 through 17. 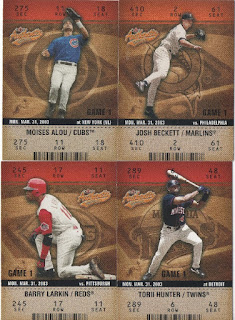 By then this cat was feeling two different emotions. The first was fear as Bill had not just hit the wants hard. He had taken down some lists that are very rarely hit. How could he do this to so many different sets, and subsets all in one big swoop? The second emotion was relief as that was six different sets so he had to be out of ammo right?

It was then this cat learned that The Kid had one big Attax left in him, and it entailed 12 cards from that 2010 Topps Attax set. Seven mascots, and five stadium cards all went down as so did this cat. 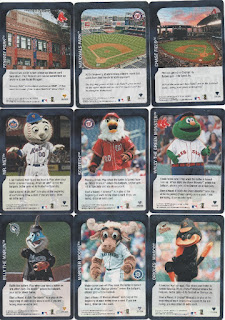 In the end I can't help but think you went so far above, and beyond anything I ever expected in return. Thank you so much Bill for what can only be described as an amazing mailer full of cards. Sorry I couldn't link back to a blog as I'd be more than happy. Instead I will just close out by singing your praises one last time.
Posted by The Prowling Cat at 8:46 AM