In high school one of our teachers used to have a phrase "Better late than never, but better never late". He used to say it all the time to one of the kids he called ''Never Sweat'. This was the one kid in the class that almost always seemed to show up a few minutes late to class.

What does any of this have to do with baseball cards you ask?

Just before Christmas I got in two different packages from a blogger I've traded with many a time. That man is Duff who runs the great blog Bleedin' Brown and Gold. As those who trade with Duff know he sends out some incredible packages for Christmas. This year was no different as first came a PWE which contained two Christmas cards. 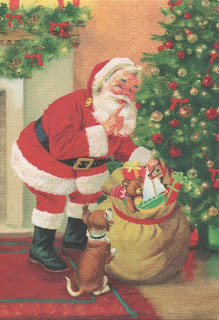 First was your typical Christmas card with Santa, and the note from Duff. 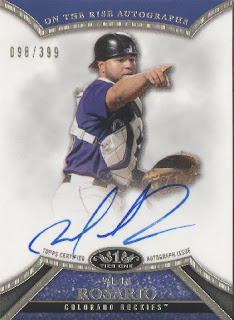 Second was the much more fun Wilin Rosario auto for the player collection. Currently Rosario is a free agent with rumors of him as a possible signing in the future to become a DH. What teams if any have interest in him as a DH, 1st Baseman, or Catcher are still unknown. Hopefully he will get picked up somewhere soon, possibly even my second favorite team the Mariners would be cool.

Arriving a day, or two later I can't recall was a white box dropped off at the doorstep. Sitting inside the top of the box was another Christmas card. 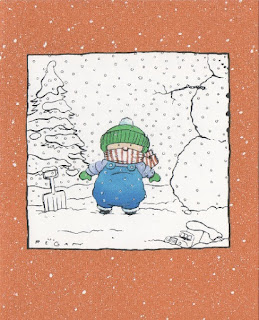 Inside is the reason for the name of this post, and the high school memory. The note simply stated that the contents of the box were a year late in mailing.

Eager to see what was inside I went right to work, and came across this treasure. 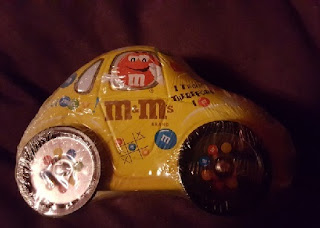 It's no secret that not only are we fans of NASCAR here at The Cat House. We are fans of the candy man Kyle Busch, and his M&M's car. Everything still looks to be wrapped in its original packaging so odds are I'll find some M&M packages inside. That is unless in the future I open it, and find Duff did some secret work, and tossed something else inside. Right now I will say candy is the winner on its contents.

At this point Duff went even bigger, and dropped an even more surprising NASCAR goody 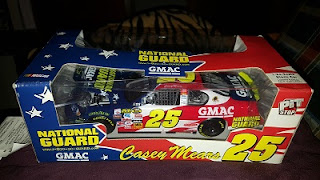 This is a 1:24 sized Casey Mears National Guard car. I can't tell you too much about the car other than it is cool looking, and will look even cooler on a shelf with my other 1:24 cars.

All this leads me to believe that maybe that teacher was right. It is better late than never, and Duff is the living proof.
Posted by The Prowling Cat at 10:43 AM