At the start of December through the first few days of this month. I sent out a total of ten brand new artelopes with requests for schedules, and business cards. While I put schedules in the request, in all honesty the goal is business cards. With my NHL wants down to ten teams who seem to be holding out in sending a card. Three of the artelopes went to NHL team in hopes of dropping down the wants.

Sending this little beauty out at the same time as the returned request from the San Jose Sharks, and still missing Anaheim Ducks.

My thinking was just doing the feathers part of the logo would be much cooler looking than the full on logo.Personally I felt at the time it looked better, and am still pleased that I went this route.

The first thought was to do the feathers on the far right, but I've done that design before with the Utah Utes, and it was fairly recent. So scrapping that idea I went with what you see above.

As for the results of this fine artelope. 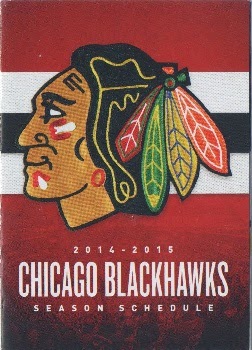 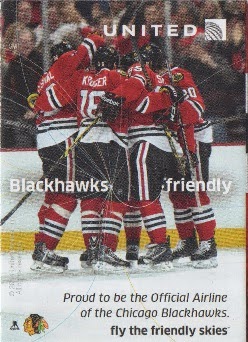 Six schedules just like these were in the return. For a schedule return, six is a really good to see when you open the envelope up. The bummer part is I was hoping more for the business card than the schedules. I won't complain too much though.
Posted by The Prowling Cat at 6:41 PM