When I was a kid fishing was something we did all summer long. So much that it wasn't uncommon for us to wake up early in the morning, grab our supplies, and bikes. Then head off either up the mountains to the river, or down the road to the local lake. Our preference was for the river as the fishing was better, and the fish were more likely to be wild. If we did the river we'd take our supplies to cook the fish as well most times. Going to the lake meant we'd have to bring them home, and do a campfire at the friends house. Other than the pain of getting the fish home on our bikes it was a better experience overall. Corn on the cob, or something else worthwhile would be included. At the river it was simply fish, and nothing else.

I mention all this as TJ from The Junior Junkie dropped a load of Trout in my mailbox. 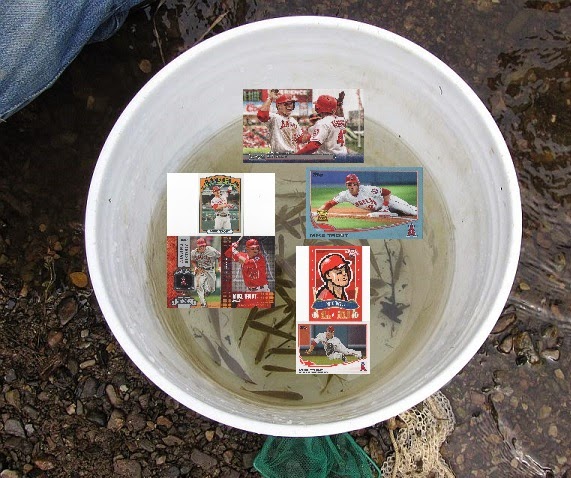 Where I grew up rainbow trout was the available fish. So when I opened the PWE sent by TJ it brought back the memories of going fishing all summer long.

Amazing as it sounds there were some similarities between the cards sent by TJ, and the fish we used to catch. Take these cards for instance. 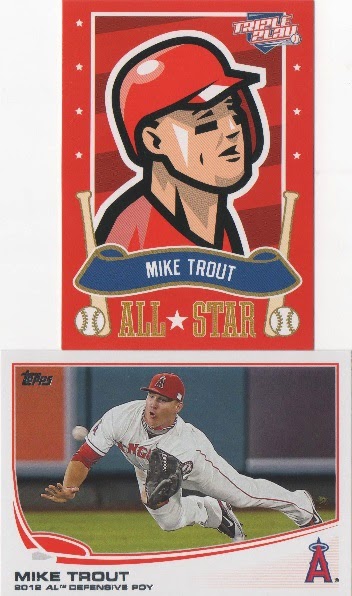 These might be the easiest of all fish to catch. The ones that almost sit in their hole begging you to drop a line into the water so they can jump on it. Even being the easiest to catch I never was able to catch the top card. This is the new fish that was just planted in the lake within the last week. Sometimes it is an easy catch, but sometimes it is tougher to catch than you would have expected. Luckily for me TJ caught this one, and sent it my direction. I was never any good fishing during the times the lake was freshly stocked. That luck still continues today as it took TJ catching it for me. 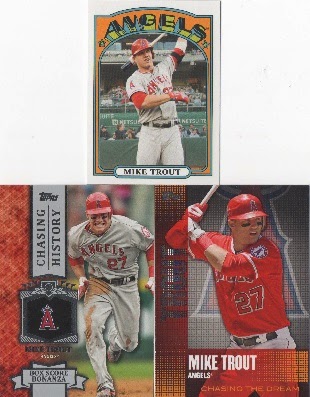 All three of these are those fish that are a little tougher to catch. The slightly bigger fish that will make a tastier meal if we can only catch it. Sometimes these are caught easier than expected, but most times they take a little more work than the smaller fish. 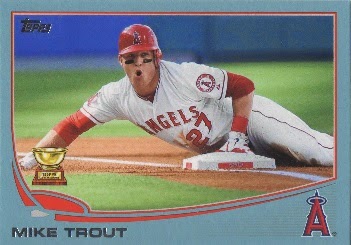 Finally we come to the toughest of the fish in this lot. This is that one we all know where it can be found. Problem is it takes a little more work than the previous fish as you have to continually go back. It's very rare that you catch it on your first trip, but going back over a time frame of days, or even weeks. Sooner or later the fish gets caught, and for me this is that day..

TJ wasn't done with the bucket of Trout's. Included inside was another card I've seen posted a few times, but haven't added into my collection. 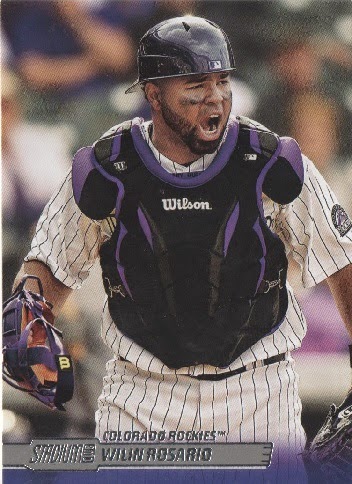 TJ really nailed it with this surprise package. Now I( just need to get myself to send out the stuff I've been thinking about sending his direction.
Posted by The Prowling Cat at 7:04 PM