With the trend these days of people showing off cards, and other treasures they are coming across in various hiding spots they have. I have come across some of these long lost treasures myself.

This treasure is one of those things that I bought, and saved in the 90's. Saved because I was going to make a fortune off cards. We all know how that went don't we? While I didn't get rich off this thing, and never will. It does make something to write about one time before it disappears either into another collection or the recycle bin. If you are interested in saving it from the recycle bin let me know as our recyclables go out on Wednesday night. 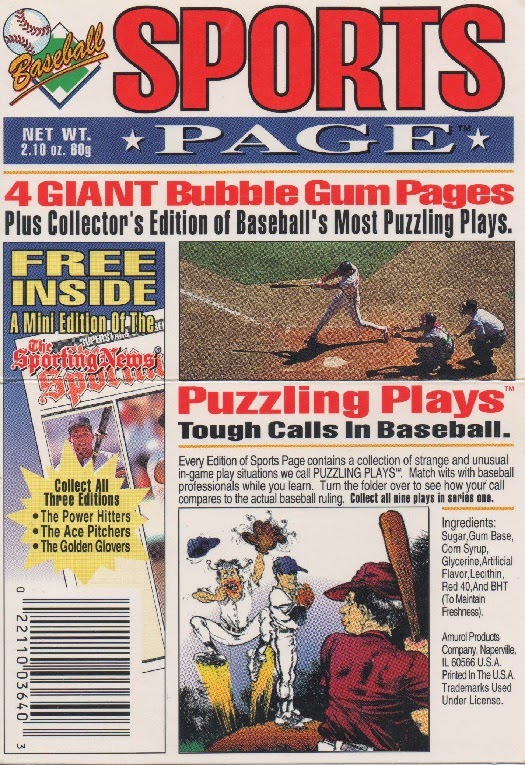 Not only was this something I thought would be rare, and thus valuable back then. It contains three baseball rule questions. Back then I thought things like this was extra cool. 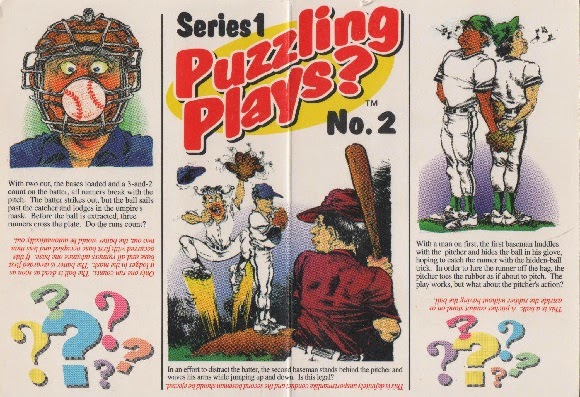 Now I realize that the picture is a little tough to read so in honor of that I will give you a better sized scan of each question. Either later tonight or as a post on Wednesday I will give the answers so you can see how well you know these three rules. 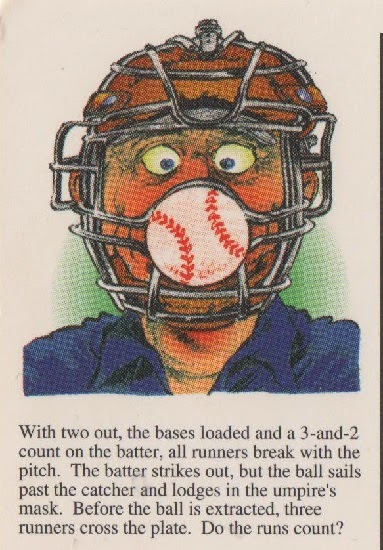 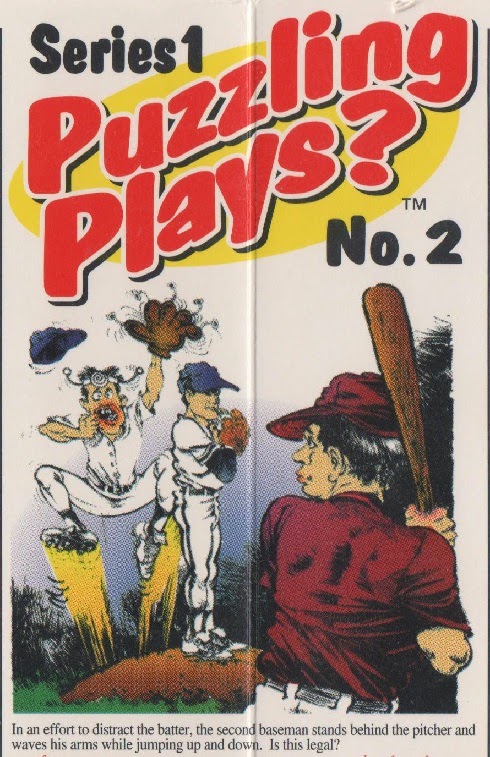 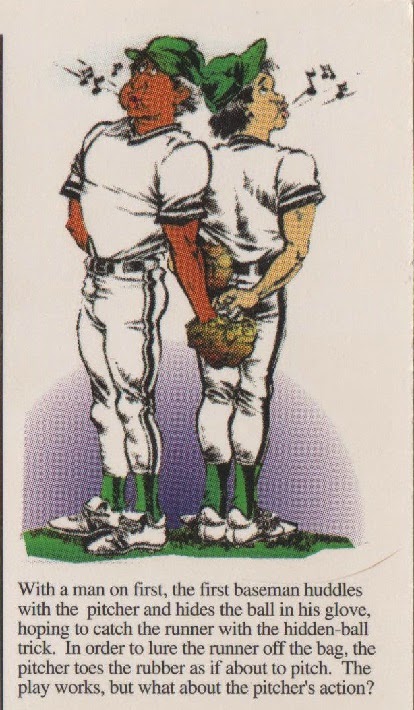 Personally I think most people know the third one from little league. If you played either little league or just backyard baseball you had to have tried this play at some point, and thus know the rule.
Posted by The Prowling Cat at 6:30 AM