Next Up The Wants

Besides the player changes I have been going through some changes in my set collecting as well. Some of those changes were huge while the remaining were simply adding sets that I've picked up a couple card of, but never added to the list. First off the the huge change that was made. 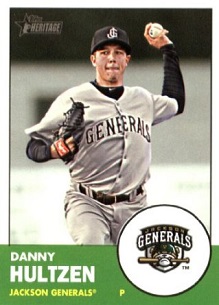 Like so many other people that became more serious into collecting, or investing in the 90's. I got caught up in the craze of collecting the minor league cards. You know the whole thing of collecting the rookie card, or was it pre-rookie thing that started going on. That stayed with me when I decided to try, and complete some sets that I'd started in the 90's. Then as I've added more, and more newer sets, and subsets the pre-rookie thing still was with me. Even when I started this blog I added a couple prospect sets into the mix.

As the blogging, and collecting have become even more fun the longer I'm doing it. This winter I started to realize that I'm just not really into the whole prospect thing like I once was. Building a set of 200-300, or more cards in hopes that a couple of the players will be superstars doesn't appeal to me anymore. I am having a blast collecting right now, and want to build sets that call to me. All this transferred over to the player collecting as other than Jon Gray you will notice are established stars. No longer are there a pair of guys that I'm collecting cards of who are still trying to establish themselves.

Four of the minor league sets still remain on the wants, but their place on the list is on the edge. They only stayed on the list for now due to the set being completed, and missing a limited number of subset cards, or being close to completion for the set itself. Don't be surprised if by the end of the year these sets disappear, or I find an interested party to take them on, and complete them.

Onto the more fun, and additions into the set wants. 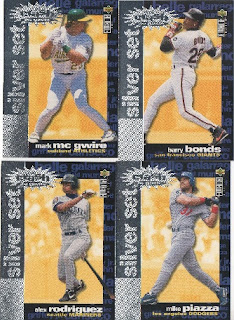 1995 Collectors Choice You Crash The Game

If you have ever checked out my baseball set wants you have noticed that 1995 Collectors Choice Special Edition silver signatures is on the list. While looking for cards for the set I came across these cards, and thought they would look good with that set. Picking up a couple, but not knowing anything about these cards at the time I got them anyway. Despite not being officially part of the set, they are officially part of my silver signatures subset. Just as I thought they look good in the binder with the silver signatures.

Now I am having the problem of figuring out what the home run dates are for most of these cards. I thought I had a list, but found out that the list didn't match up with the two home run dates that I have. The dates that I do know are right, and are on the wants page were because of researching them through sales on the bay. 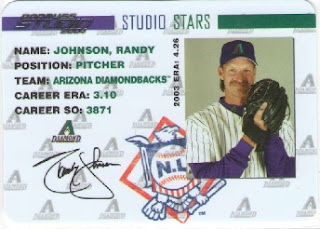 Back a year ago I picked up one of these cards at a show, and showed it off on a post. Not knowing much about the cards a reader stepped up, and answered my questions about them. That has to be one of the great things about being a blogger. If you don't know about a card, or a set, another blogger or reader will know the answer.

Hooked on the cards because I have for some strange reason been a fan of the different stuff. That day I decided that this was going to be a subset that I would eventually build. Adding two cards to go with the initial one I now stand at three of the 50. Then as I started to do the still continuing collections updates, I figured now was the time to make building this subset official. 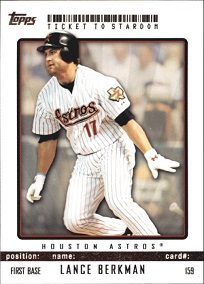 After seeing one of these cards in the past I was undecided on if I wanted to build the set or not. Then came another shot this past weekend, and I decided why not try. While I don't collect ticket stubs, I do think they are cool. The crazy thing is I am part of the camp that honestly thinks the Authentix cards are a far better looking cards. Despite this the 2009 Ticket To Stardom cards have grown on me, and the timing is finally right for me to try for this set. Sadly I have seen some of the game-used, auto, etc cards in the past, and I passed on buying them. Who knows if that opportunity came again if I would take it, but right now I probably would.

So there you have it, three new sets into the insanity that is my set building. Besides these three sets I still need to add in the 2015 mascots list, and see if there are any other sets I haven't been updating like I should have. On the fun side, most of my sets have been put in binders for enjoyment in viewing them. A few still need to be done to complete the process, but it has been a fun project.
Posted by The Prowling Cat at 9:58 AM